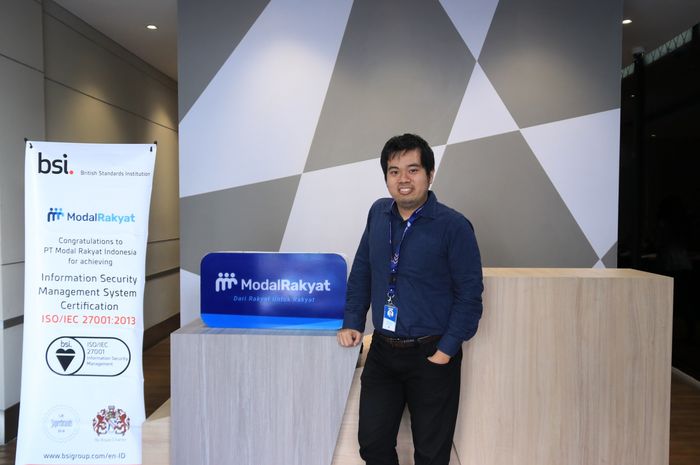 Fintech peer to peer lending Modal Rakyat decided to actively invite the people of Indonesia, especially the millennials to become a new investor, for example by being a financier for Micro, Small and Medium Enterprises (MSMEs).

The invitation was delivered by co-founder of Modal Rakyat, Stanislaus MC Tandelilin, while visiting the Gatra Office, in the Kalibata area, South Jakarta, Thursday evening (6/2).

“So far, there are already millennials. But not many, and on average these people have usually already invested in shares. So those who are in the Modal Rakyat are not new investors. Well, we want to invite millennials who have never invested before, to become an investor here,” Stanis said.

From June 2018 to January 2020, the total number of new Capital Investors reached 47,000. Whereas for lenders all P2P lending in Indonesia reaches 500,000 people. That number, he continued, is still very small when compared to the population of Indonesia which in 2019 has reached 267 million people.

According to him, it shows the lack of awareness of millennials to become investors. Rather than being an investor, more young people aged 18-30 years who actually want to be a borrower.

“Even now for goods credit, it’s very easy. In fact, those [millennials] who want to travel, can travel first, pay later. That is why they are more interested in becoming a borrower. Even though it is consumptive, not productive,” he said.

Stanis said, to become an investor, in this case, a financier in Modal Rakyat, the millennials do not need to do difficult things. In fact, with only Rp. 25,000, and with the requirement of KTP, millennials can become financiers for MSMEs throughout Indonesia.

Fintech Modal Rakyat Targets All Users to Use E-Signatures

This cooperation has been ongoing since June 2018. In 2020, the Capital of the People is targeting all new users to do an electronic signature, of course, accompanied by socialization to users. The socialization is done directly through the user dashboard and social media.

This is inseparable from the Financial Services Authority (OJK) policy related to risk mitigation by providing electronic signatures for P2P lending fintech companies. The regulation is contained in SEOJK 18/2017 concerning the Management of Risk Management for the Implementation of LPMUBTI article 41 paragraph 3.

E-Signatures Already Have a Legal Law in Indonesia

Co-Founder & President of Modal Rakyat Stanislaus M.C. Tandelilin stated that the legality of digital signatures in Indonesia already has a legal law through Government Regulation of the Republic of Indonesia Number 82 of 2012 Article 52 Paragraphs 1 and 2 concerning the Implementation of Electronic Transactions and Systems.

Also stipulated in Law of the Republic of Indonesia No. 11/2008 Article 11 Paragraph 1 concerning Information and Electronic Transactions. “With the legal law, of course, digital signatures have legal strengths and consequences as manual signatures,” Stanislaus said in a written statement on Sunday (9/2).