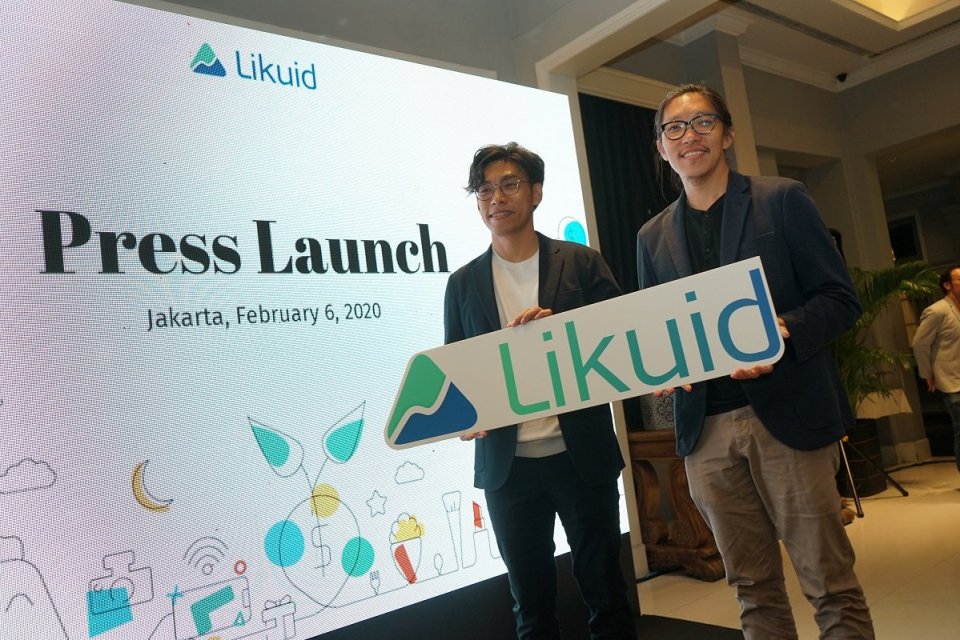 The creative economy is one of the industries that developing in Indonesia. Financial technology (fintech) company equity crowdfunding PT Likuid Dana Bersama sees this development as an opportunity.

They focus on providing funding for creative economy businesses such as film, culinary, entertainment, beauty, health to e-sports. The funding scheme is through crowdfunding so that people can invest starting from Rp 100,000.

“We want to open up alternative capital access with novice investors, aka the general public,” said CEO and Liquidator Founder Kenneth Tali during a press conference in Jakarta, Thursday (6/2). Investors can start investing on 17 February.

The reason for Likuid is targeting the creative economy segment, because this industry faces three problems, namely funding, marketing, and engaging users (engagement). Based on data from the Creative Economy Agency (Bekraf) in 2017, around 92.37% of industry players in Indonesia rely on private capital.

The creative economy actors are still having trouble getting capital from banks. The alternative is still dominated by high net-worth investors who have assets of more than US $ 1 million or Rp. 13.7 billion.

The collection of funding for one project is carried out for two months. However, Kenneth hopes that the average funding target will be collected within a week. Liquidators will hand over the funds to business actors (fundraisers) 14 days after accumulation. Investors will get a yield of 12-20% per project.

Four Funding Projects will be Launched to the Public This Year

“In this initial stage, Likuid has prepared four initial funding projects which will soon be launched to the public, said CEO of PT Likuid Dana Bersama, Kenneth Tali, Thursday (6/2).

Of the four projects introduced, two of them have been registered in Likuid, namely the Dealova 2 film from the Capo dei Capi production house and the placement of advertisements from PT ADX Asia Indonesia’s (ADX Asia) advertising and media marketplace platform.

While the other two projects are still in the stage of finalizing the cooperation, namely opening a new network of Gulu-Gulu drinks from food and beverage producer PT Berjaya Sally Cheers (Sour Sally Group), as well as international scale concert and sporting events from consulting service providers and event promoters PT Stellar Indonesia (Stellar Indonesia).

Director of Capo dei Capi Production House, Andi Bachtiar Yusuf, acknowledged that this funding platform could be one of the funding solutions in the creative industries. The reason is, since the creative industry is no longer included in the priority investment list, the actors in this field are quite difficult to get funding.

Elbert stated, funding through Likuid opened the door for the community to productive ownership of assets which had only been owned by certain groups.

Likuid will still focus on raising funds for the creative economy in Java first. “Because the costs are large enough to target outside Java. We want to build public awareness first,” he said.

This year, the distribution of funds through Likuid is targeted at Rp 40 billion. Each average project gets funding of around Rp. 800 million. “The target is 50 projects,” he said. The company, which was established in 2018, is working with several ministries and institutions (K / L) such as the Ministry of Tourism and Creative Economy and the Ministry of Research and Technology.

Liquidity targets 2,500 users within four months after the official status of the Financial Services Authority (OJK) is registered. Currently, the startup has been listed in the OJK regulatory sandbox since July 2019.