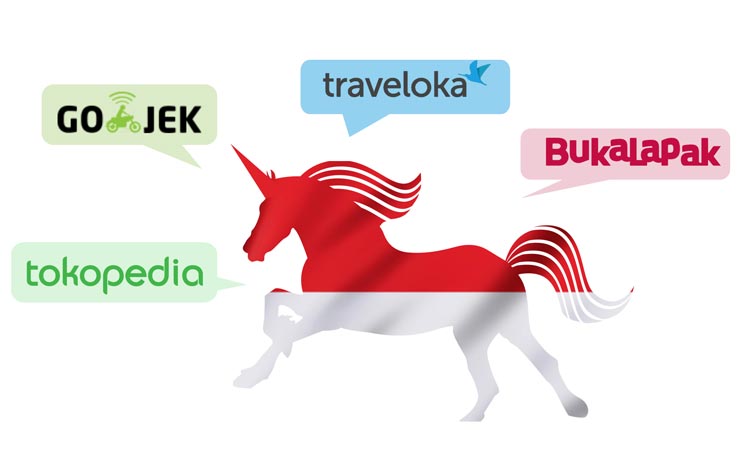 Unicorn is a term for startups valued at more than US $ 1 billion or around Rp. 14 trillion. Whereas decacorn if the valuation exceeds US $ 10 billion or equivalent to Rp 140 trillion.

Managing Partner of Kejora Ventures, Eri Reksoprodjo, said that startups that focus on attracting a broad market for individuals are likely to become unicorns this year. “I can’t say who. But the consumer sector has indeed become a driving force for the Indonesian economy, “he told Katadata.co.id, Monday (1/20).

In Indonesia, Gojek already holds decacorn status. Then the other four are Unicorn statuses, Tokopedia, Traveloka, Bukalapak, and OVO. “There is still a long way to go for other Indonesian start-ups (becoming decacorns), except for Gojek,” said Eri.

However, Minister of Communication and Information Minister Johnny Plate is optimistic that there will be a new unicorn and decacorn of the country in 2020. “There are some startups, but, I don’t want to mention them,” Johnny said after the Indonesia Millennial Summit 2020 event in Jakarta, last Saturday (1/18). “There will be unicorns that become decacorns. “

New Unicorns Will Come from Multiplatform

He did not mention the sector or the name of startups that are likely to be unicorns or decacorns. Johnny stated the new unicorn will come from multiplatform.

Some venture capital had said that startups in the fields of education, health, and financial technology (fintech) had the potential to become the next unicorn. One of them is Ruangguru.

The education startup has just received series C funding worth US $ 150 million or around Rp 2.1 trillion. The investment was led by venture capital from the United States (US), General Atlantic and GGV Capital.

BRI Ventures Vice President of Investment William Gozali had said, investors would still be eyeing startups in fields whose vertical business was mature. “Because industry trends will not change in a very short time,” he said.

According to him, the education and health sector will be looked at by investors, because the government is pouring substantial funds for these two financial posts. “These two sectors have a large and highly regulated market share. So this will be a long-term play, “he said.

Tokopedia is the Most Potential Startup to be a Decacorn

According to a Bloomberg source, current Tokopedia investors who are internet companies from the United States (US) are considering getting involved in the funding. Sources said the funding round would take place in the first quarter of 2020. However, they stated that these talks were still ongoing, so the value of the investment could change.

Based on Crunchbase data, Traveloka has raised capital of US $ 920 million or around Rp 13.1 trillion. This startup has already invested in KiotViet, PasarPolis and PouchNation.

Meanwhile, Bukalapak, based on Crunchbase data, has collected fresh funds of US $ 50 million. The e-commerce company gets funding from a South Korean bank subsidiary, Shinhan GIB.

The unicorn valuation of the country reached more than US $ 2.5 billion or around Rp 35 trillion. The investment from Shinhan GIB is part of the Series F funding round, as has been approved in the Decree of the Minister of Law and Human Rights dated September 26, 2019.

Then, CB Insights said that PT Visionet International (OVO) has valued at US $ 2.9 billion since March 14, 2019. OVO investors include Tokyo Century Corporation, Grab, and Tokopedia.

Tags:
Previous Article
Bobobox’s Efforts to Maintain the Level of Occupancy in Capsule Hotels
Next Article
Tokopedia Plans For IPO in Indonesia and the US in the Next Three Years
trending_upTrending
whatshotPopular
Show More
Show More