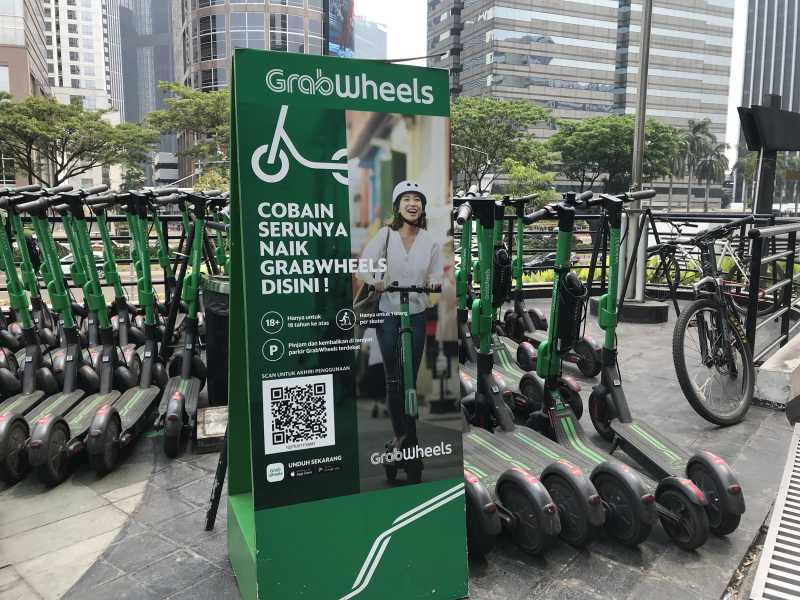 Grab’s electric scooter service, GrabWheels, received series A funding of US $ 30 million or around Rp 411 billion from the Taiwanese carmaker, Kymco.

The Singapore-based Decacorn will use fresh funds for the strategic partnership between the two companies in the development of two-wheeled Electric Vehicles (EVs).

Head of Grab Ventures and New Platforms Business Chris Yeo said the partnership aims to accelerate the adoption of EVs and infrastructure in Southeast Asia.

Yeo continued, the partnership allows the two companies to explore the use of EVs, especially Kymco Ionex electric bicycles, as well as the Ionex EV charging platforms in cities in Southeast Asia which are Grab’s operational areas.

Grab had an electric vehicle pilot project that was first launched in Singapore in early 2019. At that time, the company launched 200 Hyundai KONA electric cars.

But the Singapore Land Transportation Authority, in November 2019, had banned electric scooters from operating on all footpaths in the country to have the service suspended in a number of cities.

In Indonesia, Electric Scooters are also Prohibited to Operate on the Highway

Similar to Singapore, the Jakarta Department of Transportation banned electric scooters from operating on the highway starting last Monday (11/25). This policy was issued after the car crash and a number of GrabWheels users who killed two people on Sunday morning (10/11).

Last December, Grab announced a road map to launch EVs in Indonesia for early 2020. They collaborate with several carmakers and distributors. They also introduced it in several big cities in Indonesia.

DKI Transportation Agency will prohibit electric scooters from operating on the highway. It said that the institution was still reviewing the draft of the electric scooter rules together with related stakeholders. After the draft is completed at the end of this month, the company will disseminate the regulation in 2020.

Even so, Grab Indonesia, claims that GrabWheels will continue to operate the service by increasing the number of cities it operates.

GrabWheels is willing to Comply with Existing Government Regulations

“We are still communicating with the Jakarta Transportation Agency. We welcome regulations but in our opinion, the use of technology cannot be prevented,” said President of Grab Indonesia Ridzki Kramadibrata on Thursday (11/28).

According to him, Grab has tried to provide security features to protect users in addition to existing regulations. Some safety support features in using GrabWheels such as first, the reflector lights that will turn on automatically when used, then tracking the user’s location, and helmets.

GrabWheels has also been equipped with a speed limit feature of 15 kilometers per hour. Beside that, the age of users is also limited, a minimum of 18 years and he also did not rule out the possibility of cooperating with the government if needed in the supply of electric scooter lines.

In addition, electric scooters are technologies that should be developed because they are environmentally friendly and can increase mobility.