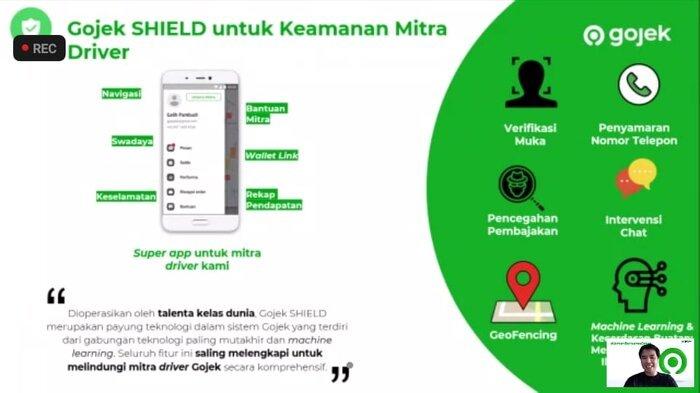 On-demand service provider Gojek relies on machine learning and artificial intelligence (AI) to mitigate fictional orders. Both of these technologies are also used to detect fraud using illegal applications. Gojek SVP Corporate Affairs Rubi Purnomo stated that the fictitious order is detrimental to the driver-partners both physically and materially.

“Now it is increasingly detectable,” he said during a press conference entitled ‘Strengthening Go-Jek SHIELD Technology with the Latest Innovations and Multi-Sector Collaboration’, on Tuesday (13/10).

The driver-partner can click the report button before accepting the order, if it is considered suspicious. Machine learning will analyze orders based on customer habits using the previous Gojek application.

“But, they have to call Gojek first. There are more efforts from partners,” said Gojek Head of Driver Operations Trust and Safety, Kelvin Timotius.

Last year, many driver-partners received fictitious orders because of pranks. A YouTube user with the account name @hasanjr11, for example, made a video entitled ‘Order Pizza 1,000,000 I Canceled, Then I Didn’t Confess to Order! The Driver is Crying’.

In the video, Hasan does not activate his cellphone and evades ordering food. When the driver was about to leave, he called and admitted that he ordered food, then paid for it. The same thing was done by YouTuber with the account name Joe Reny Vlog. In addition to deterring fictitious orders, companies use machine learning to detect fraud using illegal apps.

Previously, many partners used Mod software and location faked or fake GPS. There are several people who offer Gojek partners a variety of applications by luring anti-suspension and extra income. “But there is a fee,” said Kelvin.

In March, Gojek collaborated with the Polda Metro Jaya to arrest a syndicate of illegal applications. Meanwhile, partners who are detected as fraudulent by the learning machine will be sanctioned with temporary account termination.

Swiss German University Digital Security expert Charles Lim said that illegal applications are dangerous for users because they have the potential to contain malicious software such as malware and ransomware. This software infiltrates and takes over gadgets so that perpetrators can steal user data, including financial matters.

Perpetrators can also steal data in the form of personal videos and photos. “Then ask for ransom,” said Lim. He said, about 30% of applications on the Google Play Store contain Malware. Therefore, according to him, it is important to provide education to driver-partners regarding illegal and dangerous applications.

The high use of services when digital literacy is low can encourage cybercriminals to phishing. “People, especially elderly people who do not understand digital, can easily get caught in fraud,” said Pratama.

The use of AI and algorithms is included in the SHIELD Gojek program. This technology is also embedded in biometric-based security features, such as fingerprints and facial recognition. “Customers can choose the option of biometric security (fingerprint) or face verification before making transactions,” said Head of Corporate Affairs GoPay Winny Triswandhani.