Beginner Startup Can Get Funds at Speed Dating Activities 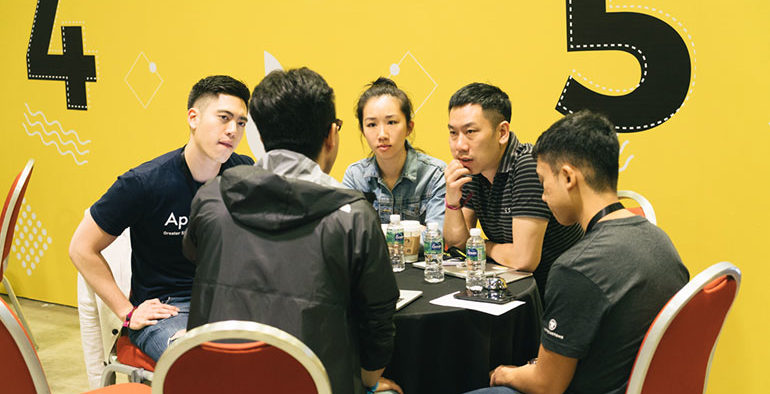 In Speed ​​Dating activities, each participant or companies company has 15 minutes to convince investors about their business ideas. After that, they move to the next investor to do the same. Here, only selected companies can pitch to more than one investor.

As many as 85 local and foreign startup show their business to get funding from 29 investors and venture capital companies in Speed ​​Dating organized by CoHive and GK Plug and Play. This event is specifically designed to facilitate digital companies under the supervision of these companies.

The Director of GK Plug and Play Acceleration (GK-PnP) Indonesia, Aaron Nio, said that his party wanted to bridge and provide good solutions for companies and investors. Speed ​​Dating is one way that can be done besides arranging the acceleration program as usual.

“We want to provide a win-win solution for companies and investors. Hopefully, this can help companies find the investors and the funding they need to increase the scale of their business,” he said. GK-PnP itself is a company accelerator organization from Silicon Valley invited by the President of Indonesia, Joko Widodo.

Furthermore, Aaron also hopes that this speed dating activity can answer the main problem experienced by many companies. This usually includes difficulty getting access to funding and guidance. Through this event, companies can network with mentors or potential investors.

In establishing a technology company, it will not only stop at the creation of an application but also need to measure its achievement, in line with the situation. But not infrequently problems arise in the company, including:

A company must have a business legality and also a founders composition, because it is very important in the development and growth of the company itself.

A company must have or get an access and work space to grow, otherwise the company will not be able to get a position in this competitive world.

A company must be scale-up and have a long-term orientation, because if a company does not want to do these two things, the age of the company will not last long.

Since it was founded in February 2016, he said that GK-PnP has accelerated more than 50 companies in various verticals. Then, they brought them together with various large companies for collaboration opportunities. The event itself was held in two sessions. There is also a talk show session.

Many Technology Companies Participate in This Speed ​​Dating Event

CoHive CEO and Co-Founder, Jason Lee stated that this activity is in line with the company’s commitment to supporting the company’s ecosystem in the country. As a company that has around 9,000 members from 9,000 companies, this event is very important.

In addition to providing office facilities for members, holding events that support company growth is also important for shared workspaces. The number of participants who attended this time doubled compared to the speed dating that was held last March.

Each investor has different tastes that will affect their investment. Speed ​​Dating is usually followed by young men and women who gather. Each of them greeted each other, starting a conversation until a long chat. After 20 minutes have passed, each person exchanged ‘pairs’ to start a different story.

This shows great enthusiasm from the company and also the interest of the investors. Jason also explained that the committee made a startup first based on funding requirements, business models, and the technology or products offered.