Another Startup Aims to Expand Its Business through IPO 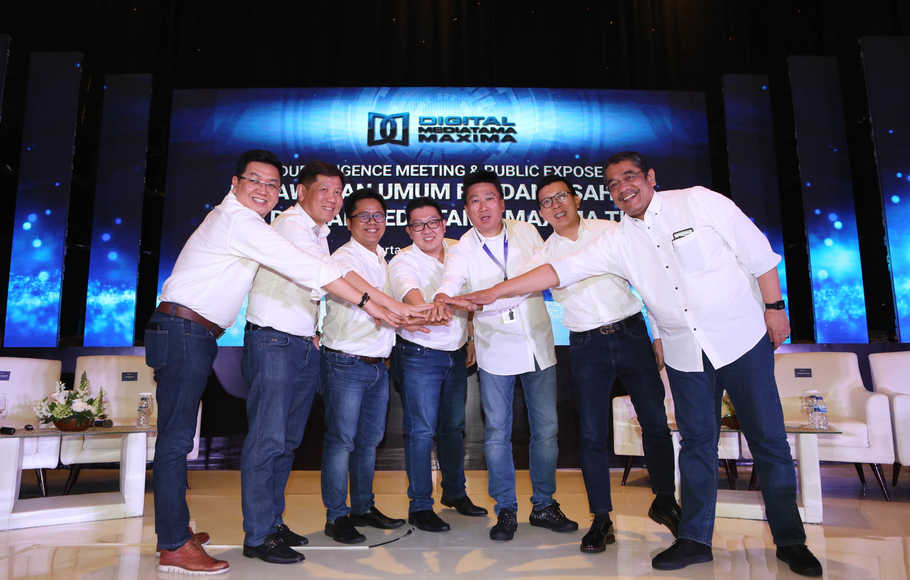 The Indonesia Stock Exchange (IDX) will have another startup joining the market. A digital advertising service provider with assets of around IDR 73.56 billion, PT Digital Mediatama Maxima Tbk will list its initial shares on the IDX the upcoming month.

The company plans to release as many as 2.69 billion shares or 35% of shares at its initial public offering (IPO). The company will use DMMX as its trading code and the price is around IDR 190-270 per share at the IPO.

Thanks to this corporate action, Digital Mediatama will receive fresh funds around IDR 511 billion or up to IDR 726.3 billion. According to the company, the funds gained from the IPO will be used for the company’s capital and investment.

In this case, 75 percent of the funds would be employed for capital while the rest would be used for investment in technology and human resources. President Commissioner of the company told the press about his company during public exposure this Tuesday.

Jahja: With the IPO We Have the Public to Participate

Jahja Suryandy, the President Commissioner of PT. Digital Mediatama Maxima said that his company decided to raise funds from the capital market rather than angel investors or venture capital for a good reason. The company wants the public to participate more.

“With the IPO, we provide a chance for the public to participate,” explained Jahja in Jakarta on Tuesday (9/24). Besides, as a public company, the company will implement better and more transparent corporate governance. It should be a good chance for the company as well.

On the other hand, Kresna Securities President Director, Octavianus Budianto, also came on the public exposure and commented about the IPO of PT. Digital Mediatama. He said that no competitors are running the same business as Digital Mediatama in Indonesia.

“Right now, there is no competitor with the same business model,” Budianto said. He is also the Chairperson of the Association of Indonesian Securities Companies (APEI). In this case, his company, PT. Kresna Sekuritas, along with PT. Trimegah Sekuritas, become the underwriters.

Kresna Securities as the Underwriters of the IPO

Aside from PT. Kresna Sekuritas and PT. Trimegah Sekuritas, there are also Soochow CSSD Capital Markets Asia Pte Ltd and Macquarie Capital Securities Singapore Pte Ltd that act as an international sales agent. Considering this composition, the portion of domestic investors are 40% while foreign investors are 60%.

When it comes to the financial performance of the company in April 2019, the DMMX recorded a net profit of IDR 4.6 billion. This means the company shows a growth of 96 percent compared to the same period in 2018.

Meanwhile, the company achieved revenue of IDR 33.17 billion, or 280.6% higher than the same period last year which is only IDR 8.71 billion. With this performance, PT. Digital Mediatama is expected to strengthen the digital ecosystem of its business.

By performing an IPO, PT. Digital Mediatama would be another startup that is ready to expand its business. Aside from this startup, other companies like PT. M Chas Integrasi Tbk (MCAS) and PT. NFC Indonesia Tbk (NFCX) have joined the IDX too.