Causes of Startup Failure According to LeadCoHive at Clapham 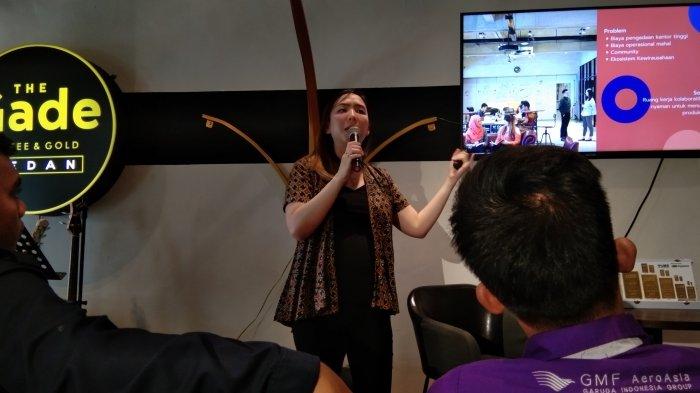 Considering the significance of understanding the startup ecosystem in the industrial era of 4.0, a state-owned enterprise, PT. Pegadaian, once again presented The Gade Smart and Try 2019. This time, the company offers an event entitled Sharing Session of Startup Ecosystem at the Gade Coffee and Gold.

This sharing session was held in Babura, Medan Baru district on last Tuesday (9/24). Cindy Lailani, the Regional Development of LeadCoHIve at Clapham, was presenting the sharing session. She said that startup is not only about ideas and companies. It means other concepts.

In this case, Cindy exclaimed that the concept of startup comes from a mindset and culture. These two then encourage people to run something. She added that startup is capable to transfer our vision and build a sense of ownership.

“Startups convey our vision and improve a sense of ownership. Not only is a payment, but it is also a part of what we build,” she said. Cindy also added that startup was started from a problem which existed in the community.

Startup Appears as a Solution of Community Issue

Startups find solutions to the problems found in the community. For this reason, the innovations made by startups are more likely to be accepted by the community. She also explained that startups come in various forms and offer some different products.

“Based on the data from the Indonesian Creative Economy Agency (Bekraf) in 2018 digital companies which already have business entities or digital precuts marketed to the public include financial technology (FinTech), e-commerce, games, and digital application development,” Cindy explained. The number of these startups is different from one region to another.

Considering data from Bekraf and Mikti (Indonesia Digital Creative Industry Community), in 2018 there are large differences in the number of startups in some regions. For example, in 2018 the Jakarta Metropolitan Area recorded 52.62% with 522 startups and Sumatra 11.52% with 115 startups.

Reasons for Startup Failure in the Regions

Regarding to the data, there are many startups established in Sumatra. However, many of them started the business from the outside. Cindy said that the issue related to unsupportive ecosystems is one of the reasons. Startups in Sumatra come from four cities including Banda Aceh, Pekan Baru, Medan, and Padang.

“When it comes to Medan, many startups in this city are just playing around with the business. Most of them are only made for a competition. When there is no competition, they will disappear. Let’s keep learning and maintaining the ideas,” Cindy added.

Cindy finally explained that there are several reasons for failed startups. Those include no market need, not the right team, ran out of cash, get outcompeted, and pricing. For this reason, she encouraged startups to improve knowledge and experience through attending seminars, workshops, and others.