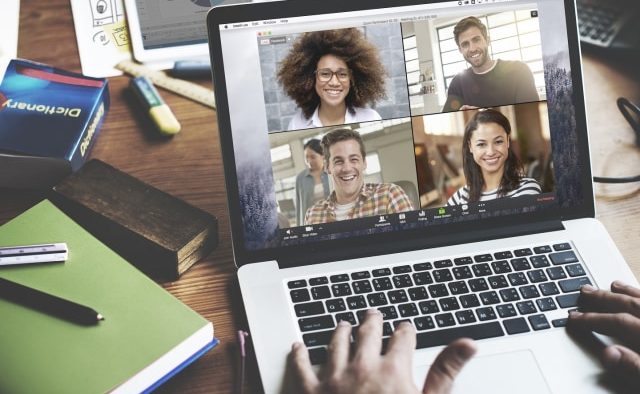 The zoom application experienced a surge in usage throughout March 2020, but the surge in usage was followed by doubts from some quarters regarding the security of Zoom. The surge in user Zoom occurred after many countries implemented regional quarantine (lockdown) and physical distancing due to the corona pandemic.

Due to space restrictions, many companies then apply the system to work at home or work from home and undergo meetings or other meeting activities with Zoom.

Zoom claimed that compared to December 2019, the company had grown significantly. In recent weeks, Zoom has also been used by more than 90,000 educational institutions, to conduct online teaching and learning activities, in 20 countries.

Based on JP Morgan’s analysis, the number of active daily users of Zoom experienced an increase of 378% on an annual basis (year on year / yoy) in March 2020. Meanwhile, based on Apptopia data, Zoom’s monthly active users recorded a jump of 186%.

Many Concerned About Zoom’s Security

Even so, some groups ranging from the rocket-making company founded by Elon Musk, SpaceX, to the United States Federal Bureau of Investigation (FBI) doubted Zoom’s security.

SpaceX announced that all employee access to the Zoom application has been disabled since last weekend (28/3). SpaceX then appealed to its employees to use other communication services amid the corona pandemic.

The reason for SpaceX is that Zoom users’ data security is unreliable. While SpaceX is a technology company that has high standards regarding data security for the national interests of the US.

Schools in the US have been warned by the FBI regarding the default settings of Zoom application. The New York Attorney General’s Office also sent a letter to Zoom asking for clarification regarding efforts to maintain user data security.

On one hand, social media made by Mark Zuckerberg always requires that third-party applications provide clear information related to agreements around the data. Primary noted, there was some data provided by Zoom.

Zoom Has Apologized to the Public Regarding the Issue

Yuan has apologized to hundreds of millions of users of the Zoom application, after being criticized for security concerns. “We are aware that we do not meet the expectations of community privacy and security,” Yuan said in a blog post, quoted from CNN.com on Thursday (2/4).

Zoom claimed to be sorry and stopped adding new features for the next 90 days. Furthermore, Zoom states it will focus on addressing security issues in the application.

In the future, Zoom will release transparency regularly as previously done by large companies. Data requests from authorities have been detailed by the three tech giants such as Twitter, Facebook and Google in their report. Due to security concerns, Zoom’s shares also slipped. On Thursday (2/4) Zoom shares closed down 11%.

Nevertheless, Zoom’s shares have recorded an increase, since the corona pandemic. Quoted from Forbes, on Wednesday (3/25), Zoom’s share price broke through US$ 106.8 or Rp 1.7 million. This achievement was the highest stock price level in the history of Zoom.