The Fall of the Startup Founders In the President’s Office 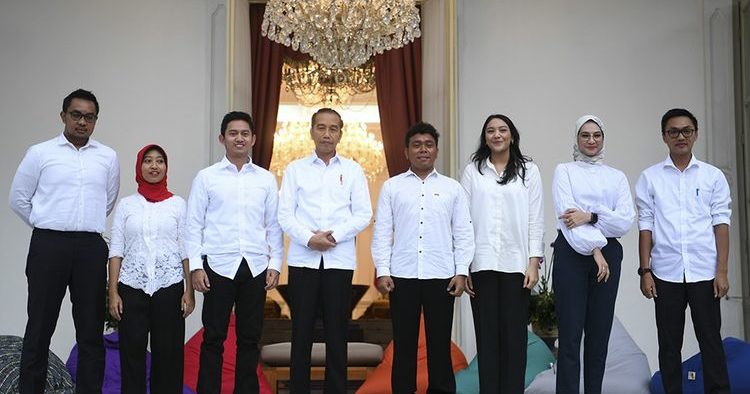 A number of figures behind the startup who became the Palace people sparked a long controversy and ended in the fall of the names behind the leading technology companies.

Since the beginning of the appointment of special presidential staff from the millennial generation, the public discussion room was boisterous about the privileges why the seven people could enter the Palace. The seven millennial officers were precisely appointed on 21 November 2019.

The public in cyberspace was split between those who thought that the president needed people with high credibility. The remainder considered the appointment of the staff as class-biased because the seven people relatively represented the group that had special privileges due to their educational background and family.

Boisterous in cyberspace reappeared when several special staffs considered abusing their position. Andi Taufan Garuda reaped a polemic because he sent a letter at the top of the Cabinet Secretariat dated April 1, 2020, to the subdistrict head to support the cooperation program between the government and PT Amartha Mikro Fintek related to Lawan Covid-19 Village Volunteers.

Not strong with the backward pressure that was sent to him, Andi chose to say goodbye from the Palace in early April 2020. In fact, his career was classified as good before setting foot in the Palace.

From the news that summarized Bisnis, Andi is still spreading his vision in Amartha in 2020 while concurrently serving as a special person for the president. Before Andi, Adamas Belva Syah Devara had chosen to step away from the Palace.

The polemic about personal interests that overshadowed the entry of the Belva company in the winner of the pre-employment card project finally stopped its step in ring 1 president.

Ruangguru’s online learning platform that raised his name is the reason for him to complete his career as a staff of president. In fact, at the end of 2019 Ruangguru received a capital injection of US $ 150 million or Series C funding from General Atlantic and CGV Capital.

Ruangguru Reaps Criticism Because of Its Office In Singapore

Not until the victory of the Belva company in the auction of pre-employment card projects, graduates of the world’s top campuses, Harvard and Stanford, were subjected to criticism about Ruangguru’s parent company in Singapore.

Although Ruangguru is managed by PT Ruang Raya Indonesia, which was founded in 2014, the public in cyberspace questioned the link of the platform with the Ruangguru Pte company. Ltd. which is in Singapore.

Technology Startup observer, Handito Joewono said the problem of technology startups that have offices in Singapore or other countries is not a new problem. According to him, it usually happens.

Some of the reasons that made the initiators of technology startups make companies abroad were first, in terms of facilities provided by the Government. He considered Singapore to be one of the countries that offered lucrative facilities for startups.

Ease of doing business, tax exemptions to granting capital access made the initiators of the nation’s startup tempted. Second, overseas startup offices also consider the wishes of the majority of investors. As is known, Jakarta is the second city to become the location of a jumbo worth deal for startups.

Third, the existence of a startup ecosystem that has been formed. The development of startups not only requires capital or vision from the initiators and investors but an environment that supports startups to develop.

“Finally, the list of companies in Singapore. Most of it was withdrawn to Singapore,” he said when contacted by Bisnis on Friday (4/24/2020).

He considered the government should start thinking about more centralized management and the development of startups so that ecosystems could be formed.