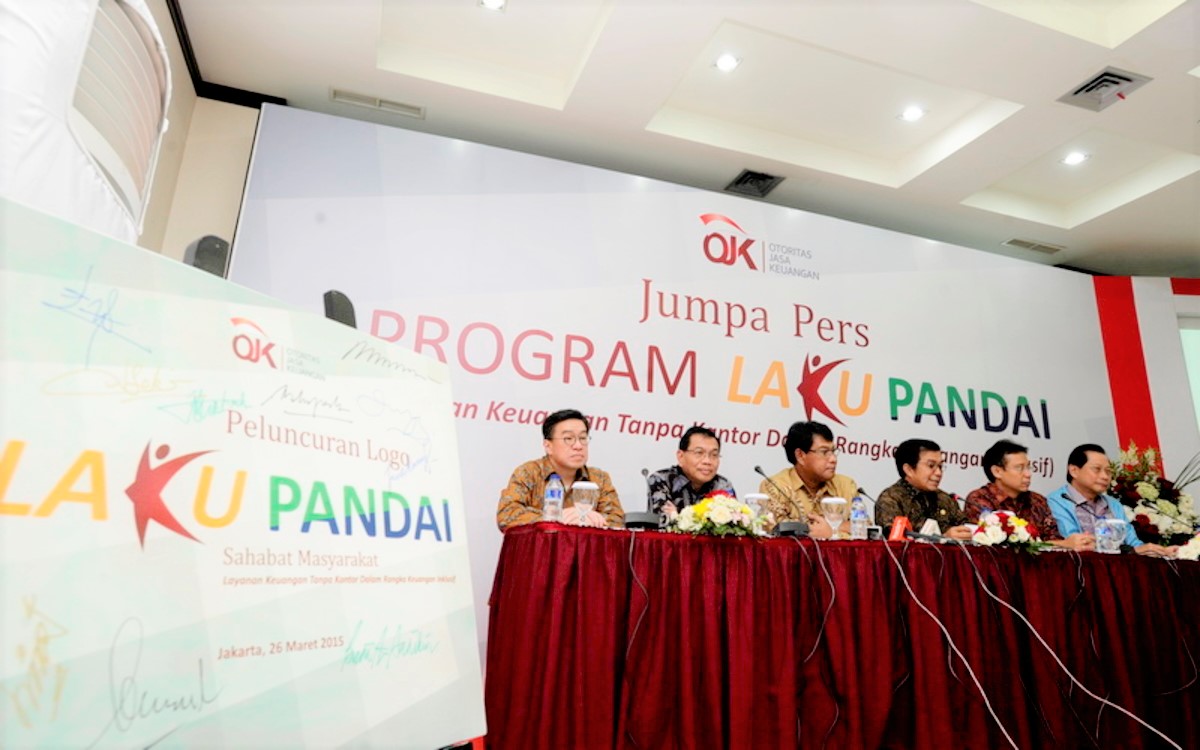 A large number of populations that have not yet received financial assistance (unbanked) has become a potential market for financial technology (fin-tech). Some entrepreneurs even see other potentials from this market. One of them is by digitizing agents of Laku Pandai (Officeless Financial Services in the Framework of Inclusive Finance).

For example, a startup like Finfleet presents the doorstep financial service model. This startup changes the way Laku Pandai agents’ work to become digital-based. Finfleet CEO, Brata Rafly, claimed that his agents help the community, especially in the regions to understand the advantages and risks of each financial product.

That way, Finfleet’s target market is those who do not understand or are not exposed by financial services. “With the existence of this agent network ecosystem, it has the potential to encourage financial inclusion,” he said during the Fintech Talk: The Role of Fintech Agents to Support Financial Inclusion.

Based on data from the Financial Services Authority (OJK), financial inclusion has reached 75% more than this year’s target. Even so, there are still around 25% of Indonesian people who do not yet have financial access. This market can be worked on by Laku Pandai agents.

Many People in Indonesia Are Still Underbanked

Besides being unbanked, some people have not received full financial services (underbanked) in Indonesia. For example, they have a saving account but not having a credit card or other financial services. This market can also be penetrated by Laku Pandai startups.

Currently, Finfleet has 600 agents who are contract employees. The majority are living in Jakarta, Bogor, Depok, Tangerang, and Bekasi. They receive training and will be briefed every morning. Brata said that Laku Pandai agents make financial products easier to understand.

Thus, he is optimistic that financial inclusion can increase. Agents will go to prospective customers to the house. “Their income increased three to four times compared to before,” Brata said. With this doorstep concept, he claimed that his company can record revenue growth of up to 150% every year.

“To make a profit, we don’t just deliver documents,” he explained. A ​​similar sentiment was delivered by Regional Digital Marketing Director of Modalku, Alexander Christian. He considered Laku Pandai have the potential to reach people in the regions, especially micro and medium enterprises (MSMEs).

“This humanism process makes it easy for the community to find out more about various financial service programs. Beyond that, there are credit processes, verification, and various products that can be carried out on-boarding customers. “So, the potential is extraordinary,” Alexander said.

Andre: Financial Inclusion Is the Problem for Many Countries

However, according to him, financial inclusion is a problem that occurs in almost every country. Moreover, Indonesia is an island nation. Alexander considered it as the challenge the company faces. Meanwhile, it can also indicate that the financial market in Indonesia is quite large.

However, the government and business actors need to be involved, including banks, fin-tech, and others. “Therefore, we call this (financial inclusion) mutual cooperation to help all Indonesian people,” Paper.id’s COO Anthony Huang said. Paper.id itself is a fin-tech start that offers fin-tech lending, financial institutions, and others.

“With Paper.id, their recording process is clearer,” he said. Paper.id is a company that provides invoicing, accounting, and inventory software services. Businesses can create financial reports through various devices and provide analysis. Thus, data such as cash flow, inventory, and others can be known in real-time.

“These agents provide knowledge about financial literacy. One agent can influence 10 people, for example,” he said. Lastly, OJK data shows Financial inclusion increased from 49% in 2017 to 69% last year. The number increased significantly compared to 2011 which was only 19%.