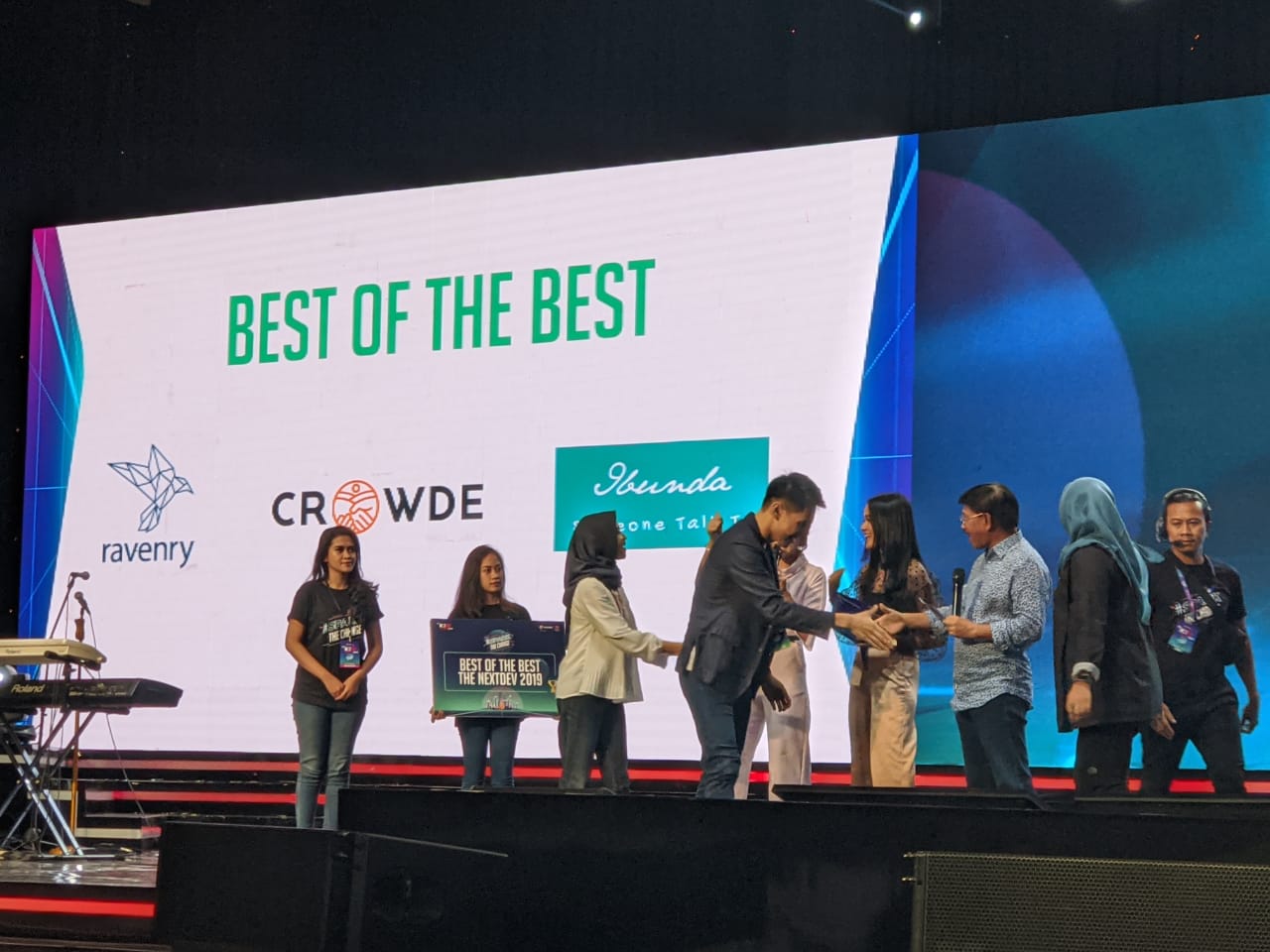 The NextDev has been successfully held by Telkomsel recently. Previously, this state-owned company was reported to hope to make The NextDev the best startup community. In this case, The NextDeve should develop its community members’ ideas and provide a social impact for Indonesia.

In its fifth year, The NextDev announced 3 startups with the title best of the best. These three startups include Ravenry, Ibunda, and Crowde. Previously, at the beginning of the opening ceremony, 25 startups from 9 cities took part in this year’s The NextDev Summit.

Then, the top 5 selected startups had to present their startup to a jury consisting of Binar Academy Founders Alamanda Shantika, Andy F Noya, and Director General of Aptika; Semuel Abrijani Pangerapan. Then, the Minister of Communication and Information Johnny G Plate gave prizes symbolically to the winners.

On this occasion, Johnny G Plate also showed his appreciation to Telkomsel since it has successfully held the 2019 NextDev Summit and been continuously consistent in supporting the development of the digital industry in Indonesia. He said it was in line with the government goal.

Meanwhile, the three best startups in this event, Ravenry, Ibunda, and Crowde are listed as participants of The NextDev Talent Scouting 2019. This is a digital startup scouting event in Indonesia that has been taking place from April to November this year.

For their success, these three startups will get prizes in the form of 5G (Good Opportunities, Grant Money, Generate Exposures, Great Mentors, and Golden Ticket to The NextDev Academy). These prizes are supposed to help develop their solutions so that the benefits can be felt by the wider community.

On the other hand, 24 other startups that have made it to the final round also had the opportunity to take part in The NextDev Academy in 2020. This is a six-month incubation program to develop their capacity to strengthen the social impact for the community.

Now, let’s take a look closer to the three startups that won in the 2019 NextDev. Ravenry is one of the startups in question. This startup provides services to assist users in conducting research. They can provide data and make research work as easy as using Google.

Ibunda is the next startup that won here. It is a startup engaged in mental illness consultation. The culture of holding one’s own problems occurs in Indonesian society. The result is 18 million people were diagnosed with mental illness because they felt fine initially.

This startup found that mental illness consultation services are still lacking in Indonesia. Plus, the paranoia of people who were labeled insane when consulting about their psychology is a problem in the country too. Through online consultation, Ibunda wants to facilitate people who suffer from the disease.

Other Schedules in the NextDev Summit 2019

Crowde is another startup that won in 2019 The NextDev. This startup wants to improve the welfare of farmers by cutting off the direct distribution channels of trade. So, they bring farmers directly with big players in the agricultural and plantation markets.

They also do not give money as capital for their farmer members. Instead, Crowde prefers fertilizer with empowerment reason. Meanwhile, not only is the peak event of the 2019 NextDev Talent Scouting, but the NextDev Summit also became a technology conference.

This conference attempted to connect stakeholders from various backgrounds, ranging from tech-enthusiasts, startups, communities, to investors. The theme of this year’s The NextDev Summit 2019 is “Spark the Change”. This event aimed to accelerate the spirit of startup players in the digital field.

“The NextDev has become an inseparable part of Telkomsel’s efforts in realizing a comprehensive and sustainable digital ecosystem in Indonesia. For that reason, we are proud to congratulate Ravenry, Mother, and Crowde for their success in becoming the best startup at The NextDev Summit 2019,” Heri concluded.

Tags:
Previous Article
Many Startups VS Successful Startups, Which One Is Better?
Next Article
Indonesian Startups and IT Innovations Will Be Exhibited at the Hannover Messe 2020
trending_upTrending
whatshotPopular
Show More
Show More