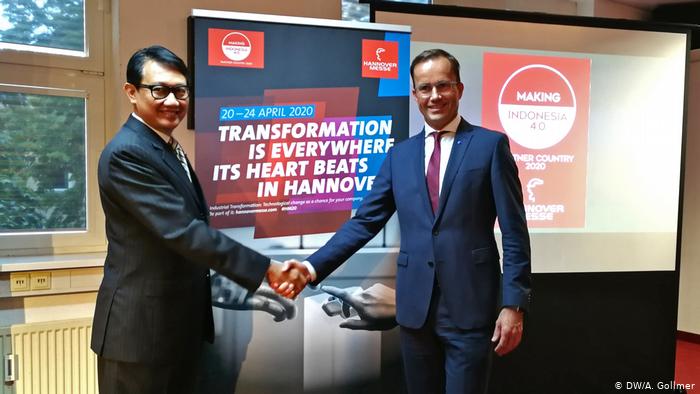 Hannover Messe 2020 will be held in April and Indonesian startups innovations are expected to be showcased at this event. The Indonesian government continues to finalize preparations to become an official partner country at the Hannover Messe 2020, an annual exhibition in industrial manufacturing technology in Germany.

The event will be a great opportunity to show the ability of Indonesia’s manufacturing sector in the eyes of the world, especially in transforming into the industrial era 4.0. One of them is exhibiting the Indonesian startup ecosystem to support the existing industry.

“With the appointment of Indonesia as the official partner country of the Hannover Messe 2020, it proves that Indonesia is considered as one of the industrialized countries in the Southeast Asia region and this is certainly beneficial for us,” said Director General of Resilience, Regional and International Industrial Access (KPAII) Ministry of Industry Doddy Rahadi in the information received onET.

Indonesia Has Three Objectives In This International Event

According to Doddy, Indonesia has three main objectives at the international exhibition. First, appreciating Indonesia’s achievements; especially towards the progress of Industry 4.0’s implementation. Second, attract cooperation in the field of investment, technology, and the improvement of human resource skills (SDM).

“The government is currently trying to attract investors to invest their capital in Indonesia, among others by cutting a number of regulatory obstacles so it can attract them,” he said. The third objective is to exhibit the ecosystem of Indonesian startups to support industrial production.

The Exhibition Will Take Place In Hannover, Germany

“The exhibition can also be used by national entrepreneurs to watch and learn various latest technological advancements in accordance with the direction of the developing industry 4.0,” said Doddy.

Indonesia was chosen as the official partner country of the Hannover Messe 2020, partly because it has a fast-growing open market, the largest economy in ASEAN, a member of the G20, a locomotive in its region, and by 2030, it’s predicted that Indonesia’s GDP occupies the top 10 of the world.

Hannover Messe Senior Vice President, Deutsche Messe AG Arno Reich explained, the organizers estimated that there were more than 6,000 companies from around 70 countries that displayed various technological advances in the manufacturing industry.

There Will Be 6,000 Companies to Exhibit In This Event, Including Indonesian Startups

Indonesian startups active in the field of digital business said they wanted to be more exposed to expanding the network between Indonesia and Germany as a whole. There is now a close collaboration between the Jakarta and Berlin startup ecosystems.

“There are lots of dynamic young people in the startup and programming business, who are already successful in the other parts of the world. Hopefully, they will also attract cooperation and investment from Germany,” said Ambassador Oegroseno. With this kind of collaboration, Indonesian startups are expected to evolve.