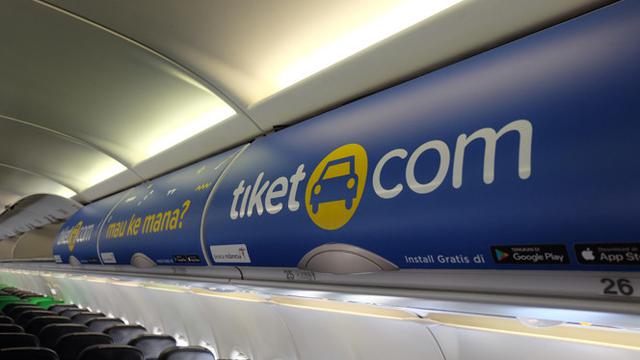 Tiket.com Co-Founder and Chief Marketing Officer Gaery Undarsa stated that Tiket.com management is considering becoming a public company. Nevertheless, regarding the time of the share release, he did not want to explain the details.

“I think it’s good that the Indonesia Stock Exchange (IDX) and the Financial Services Authority (OJK) are now making it easier for startups to go public because this will bring more optimism and initiative for companies to be orderly in financial terms,” ​​he said in Jakarta, Thursday (17 / 1/2019).

He added, Tiket.com basically has long considered the decision to become a public company. He said he was interested to be more transparent in serving the community.

“We have been interested for a long time because it is a good way so companies can also be transparent and serve the public better. But we also consider many things because Tiket.com is also growing, one of which is the issue of adaptation,” he added.

He added, startup companies like Tiket.com still have many strategies that they want to fulfill. One of them is through the acceleration of steps from the company.

“If a company is growing, it has to adapt something quickly. In my opinion, when it goes public, then it tends to be rather difficult to accelerate. The assumption is that companies that go public have clear growth in the next few years and are well established,” he said.

Online travel agent (OTA) startup, Tiket.com claimed to be in the process of raising new funding. This startup also plans to offer an initial public offering (IPO), just like its competitors, Traveloka.

In addition, Tiket.com is planning an IPO. However, Gaery was reluctant to mention the target time and the selected stock market. “Why are we confident about funding plans or in the future we hope to get an IPO, because tourism market in Indonesia is the fourth largest in the world,” he said yesterday afternoon (1/27). While the first to third position is occupied by China, the United States, and India.

According to him, the online travel agent business model in Indonesia is ripe and proven to generate profits. Market potential in the country is also large. Moreover, President Jokowi developed each of the 10 new Bali destinations and super-priority tourism.

“When planning IPOs and any of these strategies going forward, we want to have partners who are already experts,” Gaery said. He was optimistic that his company would make a profit as soon as possible.

Tiket.com’s Competitor, Traveloka is Also Preparing for an IPO in Two Countries

Tiket.com competitor, Traveloka also targets profitability and IPO. Previously, Co-Founder & CEO Ferry Unardi said that Traveloka’s business in the travel service sector was running stable and optimistic that it would reap profits in the next few years.

For this reason, the company plans to develop new services in the lifestyle and financial sectors. Traveloka will also seek funding and partner to develop the two sectors.

“In the next fundraising, we will look for partners whether strategic or not, who can help us see the business in the long run and help us develop new businesses together,” Ferry said as quoted by Bloomberg Video last week (22/11).

Traveloka also plans to hold IPOs on two stock exchanges (dual listings) in the next two to three years. One of them, this startup will take the floor on the Indonesia Stock Exchange (IDX). “At the same time, we are also thinking of listing on one of the global exchanges where many technology companies are also registering,” he said. One that might be explored by the company is the United States stock exchange.