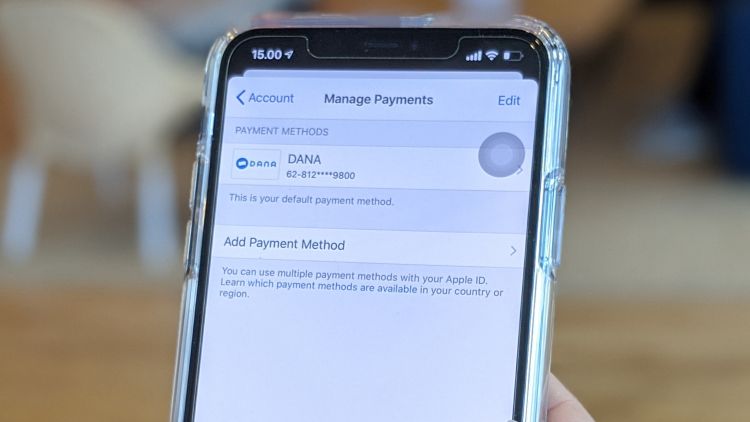 The company noted, until the end of last year, the number of active users reached 35 million and reached 3 million transactions per day. DANA CEO Vincent Iswara said the company targets this year’s user growth and transactions to be far beyond last year’s and 2018.

“We hope that by 2020 we can reach more than double the number of users and transactions,” Vincent said when met at his office on Tuesday (1/28).

Vincent explained that he would develop financial infrastructure on his platform and hook a number of partners both from financial institutions and businesses from various business scales. One of them, the company is currently doing a pilot project on Paylater and Pay Joint Venture features.

In addition, the company has officially become a payment method in Apple’s services in Indonesia so users can use FUN as an alternative to digital payments in the App Store, Apple Music, Apple TV app, iTunes Store, to iCloud Storage.

So that Apple service users who don’t have a credit card get a new payment alternative to make transactions easily.

DANA noted that at the end of 2019 around 87,500 micro, small and medium partners (MSMEs) throughout Indonesia Vincent claims that until now the company has also implemented a standardization of Quick Response (QR Code) or QRIS codes up to 100% to all of the company’s MSME partners.

“(QRIS implementation began) since there was a tip from Bank Indonesia where PJSP players (Payment System Service Providers) had to adopt it,” he said.

BI requires all non-cash payment service providers to use QRIS as of 1 January 2020. The program’s socialization began on August 17, 2019. DANA noted that there were 5 largest MSME sectors in the company during 2019 including food and beverages, basic foods, cellular services such as mobile balance, clothing, and accessories, and electronic goods.

In addition, there are also 5 locations of the company’s largest MSME partners, in the areas of DKI Jakarta, Central Java, Banten, West Java and East Java. At the end of last October, DANA is targeting to attract more than 30 million by the end of the year.

The number increased significantly compared to last April which was 15 million. At that time, he said, the payment fintech market in Indonesia was still very large. Vincent said e-commerce is one of the drivers of the digital economy in Indonesia today. “The estimated value of the transactions will reach US $ 4.45 trillion in 2021,” he said.

DANA guarantees the security of transactions made by users by using Machine Learning. This was revealed directly by the CEO and co-founder of Dana, Vincent Iswara in a media conference in Jakarta, Tuesday (1/28/2020).

“We have a Smart Machine Learning Risk Management, it is something special in DANA that can secure all transactions,” Vincent said.

Vincent also explained that the system can detect any transactions made by users, including transactions that are not fair.

“When it is seen that something is unnatural, later on, the system will flag that the transaction is not normal, then it will be seen as abnormal as to what extent,” he continued.

Vincent also added, if there are irregularities, the customer service will directly contact the user to ensure the transaction. Regarding guarantees, Vincent also considers that the DANA Protection Program can guarantee 100 percent security of users’ money.