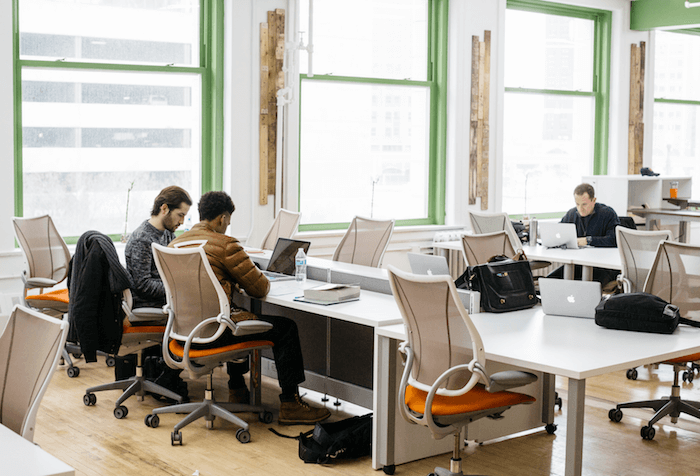 Have you ever been into the office of mobile game developer? Well, we visited the office of Touchten where you can see their open space workplace ideas. With rooms that are fairly minimalist, they are designed with an open space style.

The office is also loaded with work space and a standing desk for Kazoku (that is how they refer to the employees) which is important for them. If you are a fan of games, gundams and other variety of toys, then you are going to fall for Touchten’s office.

What makes this office unique is that they are using garage as the office. What’s the reason behind that? Guided directly by Touchten CEO, Anton Soeharyo with his hoverboard, let’s get right to the office and find out!

Using Garage as a Vision

A lot of big companies right now have started from a small office in a garage. Touchten uses a huge garage as their open space workplace ideas to put a feel to the Kazoku that they are working in a startup. The office is located in a parking lot, so technically it the office can be called a garage.
Just like the other startups, Touchten also brings out the concept of open space. The walls are painted with black board paint, so everyone can write on it with chalk. In an office full of artists, there has to be a place where they can put their creativity into. So, they are free to write and draw anything they want on the board!
There are also several meeting rooms with different designs for them to collaborate internally as well as externally. The spaces are divided based on the games they are making. Touchten, as a mobile game developer, creates a lot of different games. They also have a team that is specializing on music for their own games! That is something hard to find everywhere else.

What is Unique about Touchten 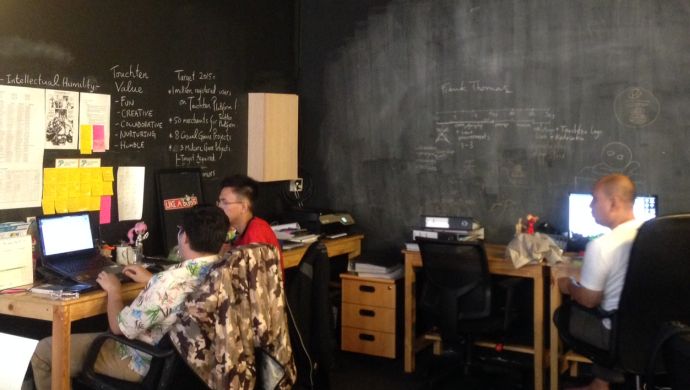 Developers are well known to have to sit in their desks for a long period of time. Sometimes it is hard to find time to do workouts. Touchten solves this problem by having standing desk where they can work while standing up. This open space workplace ideas indeed make a lot of difference, health and productivity wise.
While touring in the office, you can see a lot of toys such as Gundam. Kazoku has the same similarity, such as adoring figurines like that. So, Touchten provides the space to put in these figurines, and sometimes they even play with them together.
And just like a working space, they have a pantry where they can relax. With some sofa and even massage chair, staffs are allowed to have some relaxing time in here. This is important as they have a flexible working hour that allows the Kazoku to work until the morning.
As you can see, Touchten uses a lot of different concepts to make their workspace motivating for their family. From the idea of using garage as their office, to embracing the artistic value as well as the hobbies that they have, Touchten is able to bring the best out of their open space workplace ideas.