Online Ticketing Startup is Optimistic to Rise after Pandemic 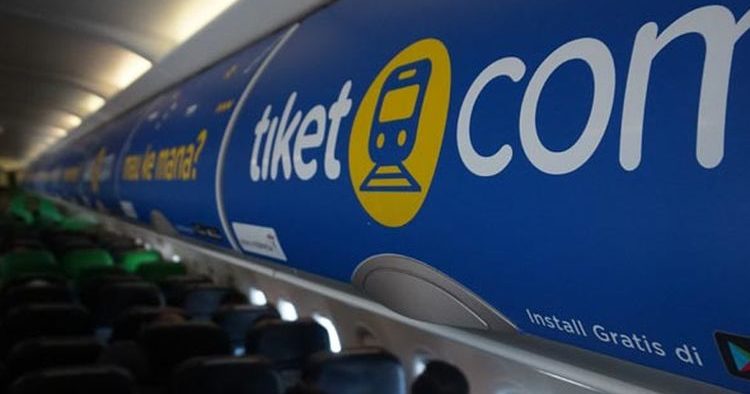 The start-up company based on ticket services, Tiket.com, believes its business will recover as the national tourism industry recovers. This was stated by Tiket.com Co-founder, Gaery Undarsa, after revealing that a portion of their income was reduced during the Covid-19 pandemic. He is optimistic that starting in June, the company’s income will gradually improve.

“The portion of income that has returned in June 2020 there is around 20-25 percent. However, we experienced a pretty decent decline during the pandemic,” Gaery Undarsa said at a virtual press conference on Tuesday (07/07/2020).

He also revealed that international tourism destinations experienced a sharp decline so they focused on several local destinations near major cities so that in the recovery period they would focus on domestic tourist destinations.

He is optimistic that startups in Indonesia can rise during the pandemic by innovating in accordance with their respective market segments or targets.

Applicator for ticket purchase services, Tiket.com assesses that there has been a movement of people for a vacation after the government began to loosen large-scale social restrictions (PSBB) in a number of regions.

Gaery Undarsa’s Co-Founder & Chief Office Marketing said this because there was an increase in revenue recorded by the company starting in June 2020. “It’s been 20 to 25 percent coming back,” Gaery said in a virtual discussion, Tuesday, June 7, 2020.

He explained, the increase in revenue had finally re-emerged after previously ticket sales at Tiket.com dropped due to the presence of the coronavirus (covid-19). “The amount of 20-25 percent is total revenue. Combined with all tickets. The significant thing is from the airplane and the hotel,” said Geary.

“If we are very optimistic. Previously, we predicted in the third and fourth quarters that there were no transactions. But from June there were transactions. July was stronger,” he said. He saw the public trend in vacation has shifted.

People prefer to travel to areas not far from where they live or within the country. As for traveling abroad, not many people do it.

“Domestic, local destinations. What is close to where you live is a big city now. People are more focused on going to hotels for staycations,” he said.

Travel-based online travel agent (OTA) startup Traveloka is reportedly in the midst of collecting funding of US $ 250 million or around Rp3.6 trillion. With this additional capital, the valuation of one of the country’s unicorns is estimated at around US $ 2.75 billion or IDR 39.7 trillion.

A Bloomberg source said Traveloka continued negotiations with new strategic investors. “Fundraising requirements can still change,” said a source who claimed to hear of the fundraising. The tourism and travel sector has indeed been hit by the corona pandemic. Expedia for example, recorded a 39% drop in demand in the first quarter.

This condition caused the share price to fall by 19%. Airbnb Inc. even cut 25% of its employees and amassed the additional US $ 2 billion in debt to survive the Covid-19 pandemic. Despite the decline in demand, some Traveloka investors are optimistic that this industry will rise.

In Vietnam for example, the travel industry continues to operate well because the positive case of the coronavirus is less than 400. This startup is also planning for IPO in few years.