JALA.ai, a Startup that Provides Solutions to Facilitate Sales 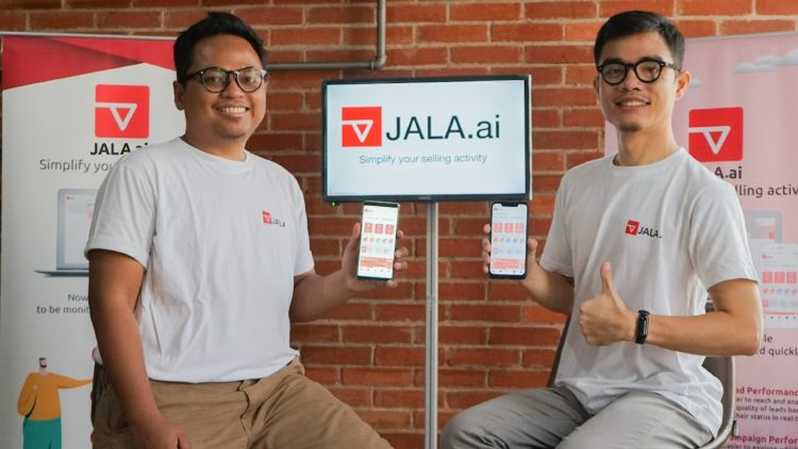 In the present time, sales software (sales application) seems very important to be adopted by the company to support the development of its business. In Indonesia, there have been many startups that present solutions in the form of sales of this software.

One of the new names of startups engaged in this field is JALA.ai. This sales application startup was launched last week, February 25 in Jakarta.

According to Mirfagah Iqbal as CEO of JALA.ai, the startup he built with his colleague was built with various considerations. The man who is familiarly called Aga explained that in industries that have high-priced products (high ticket items) have a big challenge, namely how to monitor and measure the performance of Sales Officers to find out which sales channels are most effective.

“Since 2019, we see that there have been a number of companies that have had difficulty knowing the performance of Sales Officers in following up on a number of prospects. This has an impact on stagnant sales and even tends to decline. From there we developed JALA.ai as a solution. The results were quite surprising, in the property industry, for example, we managed to have an impact on increasing sales, “said Aga.

Recognized by Aga, JALA.ai is only considered as a tool. The synergy between JALA.ai and its users is the key to success in increasing sales. The integration of prospect databases from online and offline into one application is very helpful for Sales Officers. This data digitization process is able to facilitate the conversion of prospects into customers.

The technology used is called JALA.ai Pixel or some sort of tracking tools. In the online system, the technology collaborates with Pixel which is owned by Facebook, Instagram, and also Google.

“The application used by the Sales Officer is what we call JALA Assistant. One of its superior features is the distribution of prospect data in realtime from online marketing. So, advertisements run online (FB, IG, Google, Website) aimed at finding prospect data will immediately enter the Sales Officer smartphone or push notification,” Aga said.

These three features are able to provide a comprehensive report on the prospect’s database performance, comparison of online & offline marketing activities, to team performance.

As a new player in the Startup world, JALA.ai has just entered the seed funding stage. However, in 2020 JALA.ai aims to get new investors.

“We are in the process with outside investors. However, we also need to choose which most in line with JALA.ai’s vision going is forward,” Aga said.

Meanwhile, Guntur Kusuma Ardhy as CMO of JALA.ai added that JALA.ai will also penetrate into several other countries.

“Even though JALA.ai is a local player, our dream is not to stop at the Indonesian market. After Indonesia, we are targeting the wider market like in Southeast Asia. We also consider this aspect with our potential investors,” Guntur concluded.

Until now, JALA.ai has recorded a total of 578 users from 28 companies engaged in property, automotive, education, and retail. For its portfolio, JALA.ai has successfully raised ROAS (Return On Advertising Spend) sales from Puri Orchard by 6000% with an advertising budget of Rp200 million.