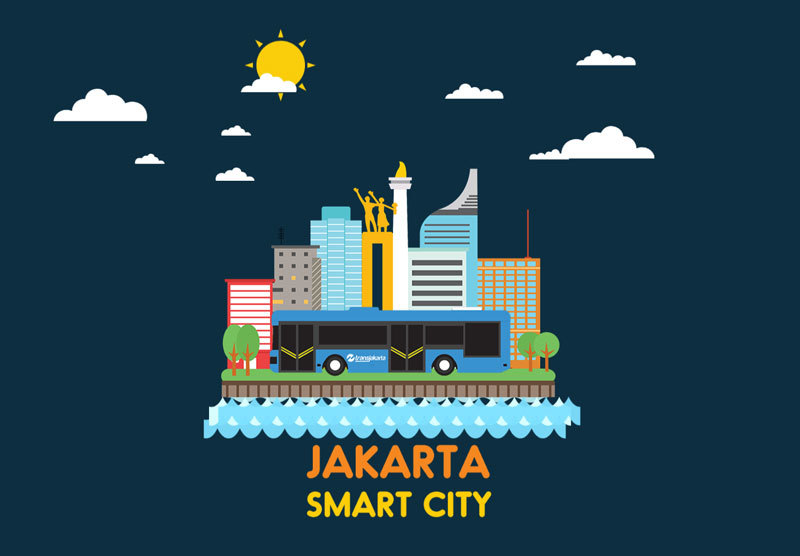 The Provincial Government of DKI Jakarta is collaborating with eight digital startups to develop a Smart City and solve various problems in Jakarta. These eight startups are Bukalapak, Tokopedia, Shopee, Gojek, Grab, Nodeflux, Botika, and DuitHape. This collaboration was expected to solve the problems.

The Governor of DKI Jakarta, Anies Baswedan, said that by collaborating with eight digital startups, a variety of solutions could appear to solve the problems of the people in Jakarta. In this case, he expects to carry out the City 4.0 concept.

According to Anies, the concept of City 4.0 is a city with the city government as a collaborator and the community as co-creators. Then, all these parties work together to overcome various problems. “They (the eight startups) are the answer to the needs of the community,” he said.

He referred to the development of MSMEs to transportation needs provided by these eight startups. Anies also explained that in creating a smart economy, they need to use e-payment and transparency. For this reason, they need to collaborate with giant e-commerce sites such as Bukalapak, Tokopedia, and Shopee.

Smart Economy, Mobility, and Governance Should Be Achieved

Meanwhile, collaboration in the effort of smart mobility is carried out through integrated, safe, and tracked online transportation with Gojek and Grab. Furthermore, to achieve smart governance, the government collaborates with Nodeflux who plays a role in the field of artificial intelligence (AI).

​​Artificial Intelligent is used to detect taxpayer vehicle license plates. Through this cooperation, motorized taxpayer vehicle plates that cross the streets of Jakarta can be connected to the taxation system to look for potential regional income that has been hidden because it has not been paid by taxpayers.

The DKI Jakarta Provincial Government also collaborated with Botika who also developed AI by presenting a virtual assistant in the form of a chatbot named Javira. It also collaborates with DuitHape to facilitate the distribution of social assistance and move the economy from all walks of life.

“They (the eight startups) can solve the needs of the community. Meanwhile, the government works as a service provider and regulator. Moreover, it also has a constitutional obligation to form a comfortable city and a home for all,” he said.

According to Anies, through this collaboration with technology companies, Digital Economy Ecosystem can come true. He hoped that the collaboration will become a starting point for collaboration between the DKI Jakarta Provincial Government and the community, especially technology startups to realize Jakarta as City 4.0.

In this case, they will work together to implement Jakarta Smart City. Jakarta Smart City itself is a place for validation for startups in developing their pioneering products. The collaboration was carried out through the signing of a memorandum of understanding (MoU).

This MoU was considered as a form of DKI Jakarta’s seriousness in creating a participatory smart city concept through the Jakarta Smart City project as an innovation hub and living lab. The MoU was also signed by the eight startup companies.