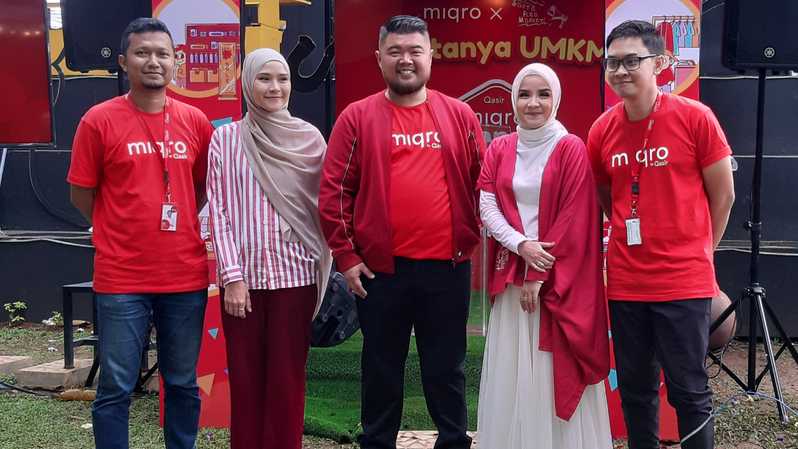 Startup with application services to help micro-businesses in Indonesia are starting to emerge a lot. Government encouragement to improve the quality of Micro, Small and Medium Enterprises (MSMEs) continues to be done by providing technology-based services. One application that is eager to provide its services is Qasir, which has been present since 2015.

This Qasir application is produced by PT. Commerce Technology Solutions that focus on business people, especially micro businesses. Noted in 2019, the Qasir application has reached approximately 200 thousand users in 500 cities in Indonesia.

Qasir’s point of sales (POS) startup is targeting 1.6 million users by the end of this year. The company is preparing to raise series B funding by 2020.

The startup has received series A funding from local investors. “There is a plan (funding), but if it’s now, it’s too early. Hopefully this year, “said Qasir CEO Michael William in Jakarta, Wednesday (1/22).

At the end of last year, Qasir users reached 200 thousand in 500 cities. As many as 30% of the total users are Micro, Small and Medium Enterprises (MSME) in the food and beverage sector. “The most users of the majority of MSME entrepreneurs who have employees, need to monitor,” he said.

In addition to increasing the number of users, the company wants to expand its service coverage this year. To expand the scope of users, Qasir plans to provide special services for the micro-business sector this year. For example, tailors to barbershop business owners can use their cashier platforms.

Moreover, there are around 58 million micro business units in Indonesia in 2018. According to Michael, this is a potential market.

The application offers a feature to easily record transactions, named Note. Qasir also developed other features such as Kasbon which facilitates later payments or debt. “We developed the feature, there was a reminder. We also integrated with other financial technologies,” Michael said.

Overall, the total Qasir service transactions reached Rp 1.5 trillion at the end of last year. This startup is targeting transactions to grow 15% -20% per month in the next two years.

Michael as CEO explained Qasir’s vision going forward. One of them is to help businesses expand their businesses to be able to open branches.

“In the next five years, we hope to have an ecosystem where everyone can choose what they want to have a business through Qasir, they can manage their businesses cheaply because of their free application and they can expand their businesses to open branches. Simple, our goal is that we want to take a micro-grade business, “Michael explained to Liputan6.com.

Many features will be developed in the future by the Qasir team to support entrepreneurs, especially micro-businesses. They have a target for 2020 that can grow constantly with 15 to 20 percent growth per month with a target of 1.6 million users for this year.

Data from the Indonesian Micro and Small Business Association (Akumindo) in 2019 stated that the contribution of MSMEs to gross domestic product (GDP) reached 65 percent or around Rp2,394.5 trillion.

While from the employment sector, MSMEs in Indonesia are said to contribute 96 percent of 170 million workers or around 5 percent annually.