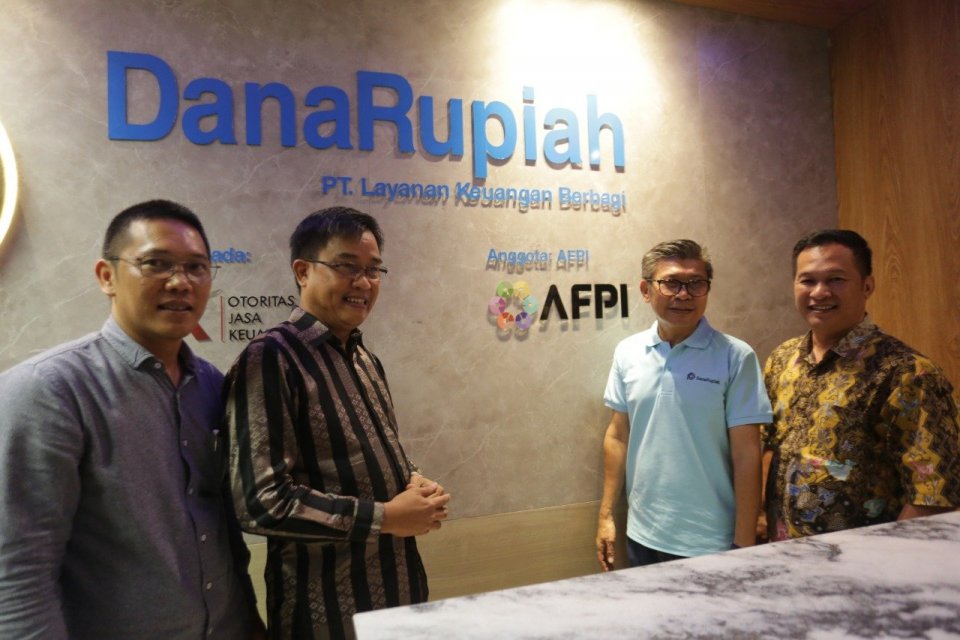 A financial technology company (fintech lending), DanaRupiah targets to channel loans of Rp 9.6 trillion by the end of 2020. The startup plans to expand its Micro, Small and Medium Enterprises (MSME) segment.

So far, fintech lending has provided loans related to education and agriculture. “The target is we will start (reaching UMKM) at the end of February or no later than early March this year,” said President Director of Dana Ruta Entjik S Djafar at his office, Jakarta, Wednesday (1/22).

To be able to explore MSMEs and strengthen services in the agricultural sector, DanaRupiah will partner with companies providing comparison platforms. Therefore, loans are given through the aggregator platform.

Entjik gave an example, the aggregator played a role in gathering groups of farmers who wanted to get fertilizer, seeds, land clearing tools, and agricultural machinery. The plan, the company focuses on targeting the agricultural sector market in Sulawesi, and MSMEs in Central Java and West Java.

At present, DanaRupiah provides multipurpose, educational and productive loan services. This startup is targeting, the distribution of funding to the education sector reaches 25% of the total.

Over the past year, DanaRupiah has disbursed loans of Rp 5.3 trillion. Funding was distributed to four million borrowers (borrowers). The success rate of return in 90 days (TKB 90) reaches 100%.

DanaRupiah, targeting as much as 25 percent of financing can be channeled to the production sector this year. Previously, the distribution of Rupiah Fund financing was dominated by cash loans.

In the production sector, Entjik acknowledged that DanaRupiah had only distributed loans to farmers, especially corn farmers. The allocation of its own funding is still focused on the needs of nurseries.

Lending Outside of Java Will be Prioritized by DanaRupiah

In addition to agriculture, according to Entjik, DanaRupiah will also start targeting financing for Micro, Small and Medium Enterprises (MSMEs) this year. To realize the plan, DanaRupiah will partner with an aggregator or a third party as an intermediary.

Entjik said the distribution of funding for the production sector this year will be focused outside Java. “While we finance the potato and garlic corn farmers in South Sulawesi. This year we will also enter West Nusa Tenggara and East Nusa Tenggara,” said Entjik.

Entjik explained that for 2020, DanaRupiah targets lending to reach Rp 9.6 trillion or an increase of 82 percent from the end of 2019. This is driven by the high demand from the public that has not been reached by formal financial institutions.

“With professional corporate governance and services that are in line with the needs of the community, we believe that DanaRupiah can realize the loan disbursement target of Rp 9.6 trillion,” concluded Entjik.

Aside from aiming at lending, DanaRupiah is also in the process of licensing from the FSA this year. Entjik hopes that the company will get the permit soon. DanaRupiah has been registered as a P2P lending fintech company by the OJK in June 2018.