6 Levels of Startup Valuation that You Should Know 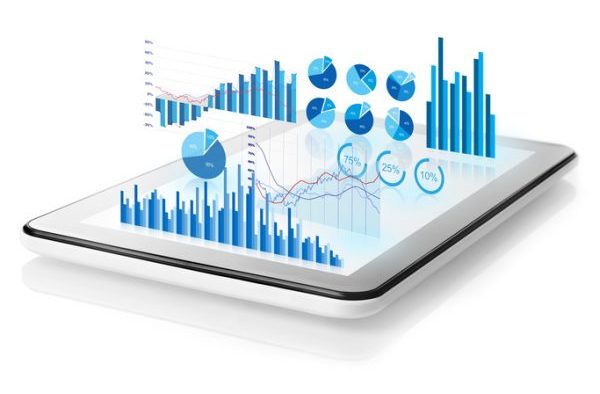 Lately, many people started to create their own startups due to its seemingly-promising prospect. During the past decade, this startup business began to develop rapidly in Indonesia. Technology-based startup companies, aka startups, have their respective levels.

Rankings are classified based on the company’s valuation value. Quoted from Techinasia, valuation is the economic value of a company. Valuations can be known by counting (stocks + debt) – cash.

The first level at the startup level is Cockroach. This company, called Cockroach, is a company that is still small or has just been started. So the valuation value owned by this company is still relatively small.

Even though the valuation value is still small, companies in this category are usually resilient and also active in maintaining their companies. Companies at this level can attract angel investors to include their capital so that the valuation expands. Usually, these angel investors will be rewarded with convertible bonds or ownership equity.

The next level is the Ponies level. The term Ponies is used for a company that has a valuation of up to USD 10 million or around IDR 140 billion. Companies at this level are companies that have successfully developed their startups.

If a company at this level is able to maintain and increase its valuation value, then angel investors will be more interested in investing so that the valuation value is greater.

The next level is Centaurs. Centaurs are creatures in Greek mythology who have a horse body but are human-headed. The term Centaurs is used for a company that has a valuation of up to USD 100 million or around IDR 1.40 trillion.

Of course, if this company can survive with a valuation of up to USD 100 million, then even large-class investors will be interested in investing. Because the more capital there is in the company, the possibility to add to the valuation value is even greater.

The fourth stage is Unicorn where the company has a valuation value of up to US $ 1 billion or around 14.1 trillion Rupiah. Some startup companies such as Traveloka, Bukalapak, and Tokopedia succeeded in reaching this stage.

Of course, there are still investors who want to invest their funds in the company. Even some of the valuation values ​​of this Unicorn company will slowly go to the next stage.

Xiaomi, Uber, Airbnb, Dropbox, WeWork, to SpaceX, are a number of startups that have been valued at more than 10 billion US dollars, although these valuations can sometimes be cut off by various things. For startups from Indonesia, there is one startup that is ready to become a startup, namely Go-Jek.

With the latest funding from Google, Tencent, and JD.com, Go-Jek’s valuation currently reaches USD 9.5 billion. In addition, if the startup company has reached this level, it will be increasingly difficult to find investors. This is of course the investors must have a large funding capacity.

When viewed based on valuations, Apple, Google, Microsoft, Facebook, Oracle, and Cisco are world companies that have reached Hectocorn level. Companies that are able to reach this level are usually born only 1 to 3 companies each year. That’s the 6 level valuation of a digital startup company.

Several Things that Affect the Valuation of a Startup

Valuation can be described as an economic value of a business or in this case, a startup, while a startup is a new business that has the potential to grow rapidly and aims to fill a gap in the market. Startup use technologies to develop and offer new and unique products, processes, or services, and overcomes problems.

Therefore, it can be concluded, the definition of the valuation is the economic value of a new business that in the future has the opportunity to develop rapidly. In essence, if there is a company that has a valuation of IDR 1 billion, it means that anyone who wants to fully acquire the company must prepare a minimum of IDR 1 billion.

Summarizing from various sources, valuation figures are usually used as a reference to measure how much a company’s business potential is. That way, for every startup owner, it’s important to calculate the valuation value in order to determine the startup selling price in the event of a merger or if there are other companies interested in acquiring it.

Based on information quoted from the UpCounsel page (05/14/2019), determinants of a company valuation are divided into two factors, namely positive and negative factors. Positive factors include traction, hassle, prototype, income, supply and demand, distribution channels, and hotness of industry.

While negative factors that determine valuation include bad industry; If a startup is in an industry that has recently performed poorly, or maybe dying, it will affect that valuation.

Calculating the valuation of a company

The method of calculating the company valuations and conventional business valuations is the same, it’s just that because startups are startups that still have little or no income and profits and are still unstable, there needs to be a slight adjustment.

With conventional businesses, calculating valuations may be easier because they have received fixed income. That way, you must value companies as a multiple of their income before interest, taxes, depreciation, and amortization.

As discussed in the above review, many things affect the amount of valuation. Valuation of a company can not only increase, but also can decrease. As in the case of WeWork, due to the business losses he suffered, the startup valuation also declined.