Seeing the Impact of the Omnibus Law on Indonesian Startups 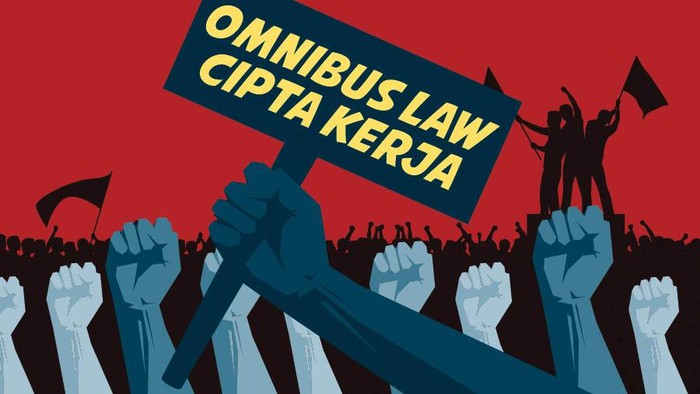 The Omnibus Law regulates the licensing of foreign workers, including at startups. Start-up companies have had difficulty getting skilled workers in Indonesia so they have recruited foreign workers. Researchers assess that there are several things that need to be reviewed from this policy.

In the draft of the latest version of the Omnibus Law, which contains 812 pages, it changes several regulations of the Manpower Law. One of them is Article 42 paragraph 1, which reads, “Every employer who employs foreigners is obliged to have the approval of the usage plan from the central government.”

Previously, companies had to have written permission from the minister or an appointed official. Then in paragraph 3, it is stated, the government adds parties who are free from the requirements as stated in paragraph 1. Previously, this only applies to representatives of foreign countries who use workers from abroad as diplomatic and consular employees.

In the Omnibus Law, this privilege also applies to directors or commissioners with certain share ownership. In addition, foreign shareholders and workers who are required by employers in the type of production activities have stopped due to emergencies, vocations, startups, business visits, and research for a certain period of time.

Chairman of the Indonesian E-Commerce Association (idEA) Bima Laga is still studying the broomstick regulations. “If needed, we are always ready to have a dialogue with the government as part of efforts to strengthen Indonesia’s digital economy through the availability of talent,” he said, Thursday (15/10).

In general, he said that the availability of digital talent is a major supporting factor for startups in the digital economy sector, including e-commerce. “Of course Indonesian e-commerce companies will prioritize Indonesian workers,” he said.

Several corporations are also working with a number of agencies, including the government, to develop Indonesia’s digital talents. However, digital talents from other countries are considered to be able to add to the treasures of digital economy development in the country. “However, by still paying attention to national needs and interests,” said Bima.

One company that had complained about policies related to this matter is Cashlez Worldwide Indonesia. Cashlez CEO Teddy Tee said it was difficult to get permission from Bank Indonesia (BI) because one of the founders was a foreign national.

“We have to establish foreign investment (PMA) because one of the founders is a foreigner,” said Teddy on the sidelines of the Fintech Summit at the JCC, Jakarta, late last year (23/8/2019). This fintech payment aggregator company is also taking care of licensing for two years and only received a ‘green light’ in May 2019.

The Indonesian Fintech Association (Aftech) also noted that the majority of members had difficulty finding talent in the fields of data and analysis, programming, and risk management. This is based on a survey of 154 members during the corona pandemic.

Several Industries that can be Occupied by Foreign Workers

This is as stated in the employment cluster. Google notes that the digital industry in Indonesia is maturing to the point where experienced founders and their employees are forming new ventures and passing on their experiences.

“Southeast Asians who have moved abroad to study and start careers have also responded to this call. More of them returned to join or set up startups,” the report was quoted as saying. Institute for Development of Economics and Finance (INDEF) researcher Bima Yudhistira agrees that startups can hook the Indonesian diaspora.