Received IDR 2.9 T Capital, Startup from US AppsFlyer Ready to Expand to Indonesia 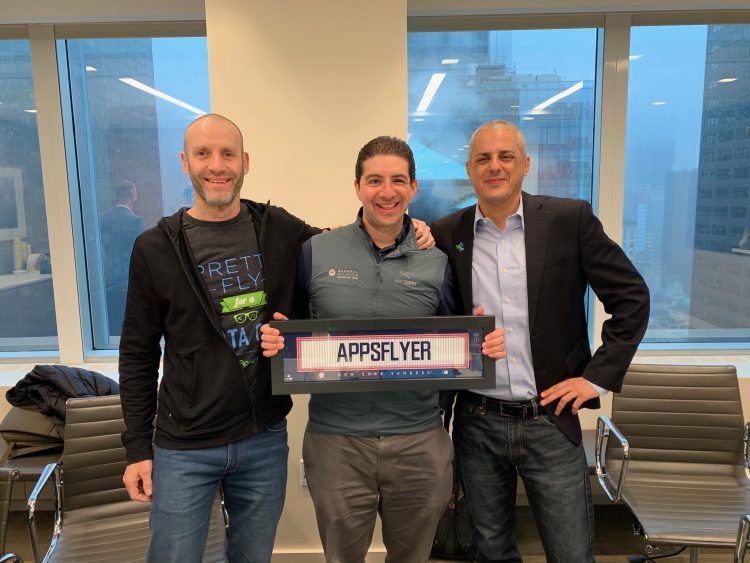 Startup business service provider (Software as a Service / SaaS) from the United States (US), AppsFlyer, gets Series D funding of US $ 210 million or around IDR 2.9 trillion. With this capital injection, this startup stated that it is ready to expand into the Asia Pacific region, including Indonesia.

The funding round was led by General Atlantic, and involved General Atlantic Managing Director Alex Crisses, and Co-President and Global Head of Technology Anton Levy joining the ranks of AppsFlyer directors. As a result, this new capital brings the total valuation of AppsFlyer to US $ 294 million or around IDR 4.1 trillion.

This series D fund will be used bythe company to strengthens their open platform for their partners and the third-party developers as being said by Oren Kaniel.

“This new round allows us to strengthen our mission in providing the tools marketers need to succeed and make accurate decisions, based on precise, strategic information, and help drive innovation and transparency throughout our industry,” said the CEO and Co-Founder AppsFlyer, Oren Kaniel.

In this way, Mense is optimistic that partners can grow more confident in the highly competitive Asia Pacific market. “Being a truly mobile-first market, often mobile-only, this market (Asia Pacific) is at the forefront of the global technology ecosystem,” Mense said as quoted by KRAasia, Tuesday (1/21).

Mense said, China and India have emerged as core players in the dynamic cellular economic landscape. Furthermore, according to him, the cellular economy landscape that is ‘quickly maturing’ is in the markets of Thailand, Malaysia, Vietnam and Indonesia.

“(Countries) also add to the booming market opportunities,” he said. In addition, he explained, the use of high-quality data in making marketing decisions, as well as innovative approaches in creating attractive campaigns to engage users, is the key to becoming the best player on the market.

The Series D Funding was Led by Qumra Capital

Since the previous series, AppsFlyer said that the company’s team has grown four times, so that now, AppsFlyer has as many as 850 employees spread in 18 offices throughout the world

AppsFlyer predicts that in 2020, the Asia Pacific region will pour the value of advertising spending on the application or app-install ad spend in the world, with a value of 30 million US dollars.

With a massive volume and scale in an area that prioritizes the use of mobile services first, marketers are judged to be more difficult to determine the efforts that need to be made in optimizing marketing funds.

AppsFlyer claims the products it offers can provide accurate attribution data, as well as and protection from fraud. This capability is claimed to enable its customers, who are advertisers, to save costs in large amounts worth millions of dollars.

For information, this AppsFlyer funding is a second hundred million dollar investment from General Atlantic after the venture capital company injected US $ 150 million or around IDR 2.1 trillion into the Edutech startup Ruangguru last December.

Previously, AppsFlyer had collected Series C funding of US $ 56 million from Qumra Capital in January 2017. Since the previous round, the company had quadrupled its team to 850 employees in 18 global offices.

Noted, AppsFlyer currently has worked with more than 12 thousand customers, including large companies such as Gojek, Agoda, Tokopedia, SEA Group (Shopee & Garena), HBO, Tencent, and Nike. In addition, the company has also been connected with more than 5 thousand partners, including Facebook, Google, Apple Search Ads, Twitter, SalesForce, Adobe, and Oracle.