Opportunities for Farmers to Make Profit through Agritech Startups 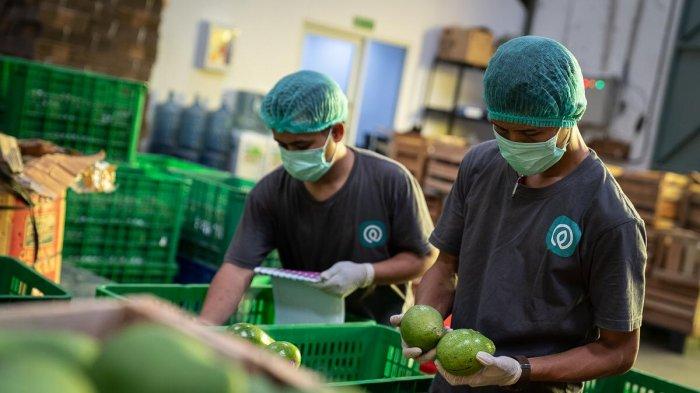 Agriculture is one of the three sectors that grew positively in the second quarter, amid the corona pandemic. The real wages of farmworkers have also increased starting in May, after decreasing since the beginning of the year. However, agricultural startups claim farmers’ income can increase up to 10 times if they join the digital ecosystem.

The real wage of agricultural laborers reflects the purchasing power of farmers because it compares the nominal wage with the household consumption index. Based on data from the Central Statistics Agency (BPS), nominal wages for farmworkers have increased since the beginning of this year.

To increase farmers’ income, the Ministry of Agriculture and local governments market their crops through digital platforms. The ministry noted that the marketing of horticultural products to the household segment through digital services increased by more than 300% during this period.

Sayurbox, for example, has hooked up 1,000 farmers in several areas, including Surabaya and Bali. Head of Communications Sayurbox Oshin Hernis said the average income of farmers who became partners had increased 10 times.

The crops are marketed through the Sayurbox platform and are categorized based on their quality. “There is such a thing as an imperfect product. There are grades a, b, c, “said Oshin. Even if there are products that have not been sold but are suitable for consumption, the company will sell them offline.

With this scheme, the company maximizes the sales potential of the farmer partners’ crops. In addition, Sayurbox trains residents in Bogor, West Java, to farm. There are also farmers who did not work during the coronavirus pandemic and were invited to work together to grow crops.

“They want to plant, but they don’t know where to market it because restaurants and others are closed,” he said. The TaniHub Group also noted that the average income of farmer partners increased by 20-25% after joining.

The company hooked more than 30 thousand farmers as of March, and is targeted to reach 1 million in the next five years. Co-Founder and President of TaniHub Group Pamitra Wineka explained that many farmers had difficulty marketing their products during the Covid-19 pandemic.

This is because many markets, hotels, restaurants, and caterers have closed in the context of Large-Scale Social Restrictions (PSBB). As a result, around 10 thousand farmers have joined TaniHub since the corona pandemic.

TaniHub is an e-commerce platform with a business-to-business (B2B) and business-to-consumer (B2C) model to market agricultural products.

Meanwhile, TaniFund is engaged in financial technology (fintech lending) which focuses on farmers. Based on its official website, the company has distributed loans of IDR 136.15 billion to farmers.

Then, the TaniHub Group also launched TaniSupply to solve supply chain problems. Currently, TaniHub has five distribution centers in Jakarta, Bogor, Bandung, Yogyakarta, and Surabaya. The company plans to build new agricultural infrastructure outside Java in the next two years.

“We want to touch Sumatra, Kalimantan and Sulawesi,” said Ivan Arie Setiawan, Co-Founder and CEO of TaniHub during a virtual press conference at the end of last month (24/8). This is aimed at equitable distribution of agricultural products in the country will make the commodity supply chain more efficient, so that prices can be controlled.