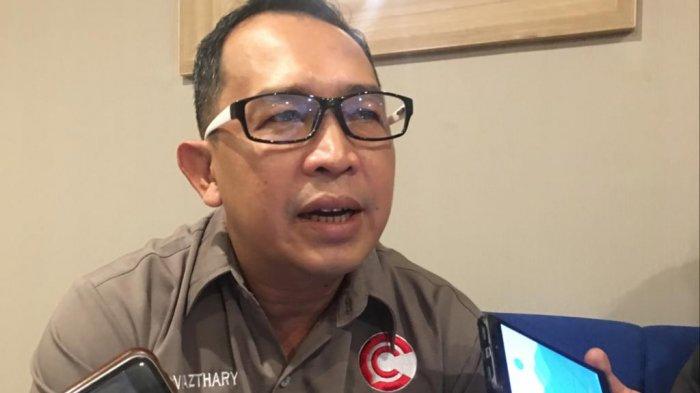 CakraTalk, a chat application made by Indonesian, is now available in 12 provinces across its home country. This application was initially introduced in May 2019 in Medan. CakraTalk is a rebranding application of the Callind (Calling Indonesia) which came to the market two years ago.

CakraTalk is claimed to have more interesting features than some chat applications out there. CakraTalk’s Chief Sales Officer, Novie Azthary, said that aside from the chat feature, this application can also be used for browsing to having a private chat.

Besides, through this application, users can also monitor CCTV on several roads that are connected directly to the Ministry of Transportation and Jasa Marga’s servers. There is also an event schedule feature and is equipped with a logout function that some other apps do not have.

“So, we are optimistic that it can compete with other chat applications,” Azthary explained when encountered at the Orchadz Hotel, Jalan Gajahmada, Pontianak, West Kalimantan. In addition to this CakraTalk application, there are six applications created by Indonesian who are members of the Wahyu Globa Cakrawala Cooperative.

Other Applications Were Also Created

Among the other applications mentioned above, one of them is Kondangin app. This is an application that looks like Youtube and it is already available on PlayStore. Both CakraTalk and Kondangin are already downloaded by many users on the app market.

“The CakraTalk download currently has reached more than 5,000, while Kondangin still has less than 1,000 users because it has only been two months,” he explained. Also, there will be a Buy Food app for farmers which allow them to easily sell their produce.

Then, there is also the AyoBer app. It is used for raising donations. Furthermore, the Glowis app which stands for Golden Tourism will support the tourism industry in Indonesia. Another app is MedisCall which can be used for emergencies, such as calling an ambulance.

Last but not least, there is Holic Learning app. This app is like an application used for learning about school subjects. However, the features were claimed to be better. Most of these applications were created by Novi Wahyuningsih in collaboration with her colleagues. However, 100 percent share ownership belongs to her.

Everyone Can Join the Wahyu Global Cakrawala Cooperative

All the applications mentioned before are incorporated in the Wahyu Global Cakrawala Cooperative. It was claimed to be the first millennial cooperative which offers the concept of Pre-IPO shares. Moreover, everyone has the right to become a member of the cooperative.

“Once they become a member, they are allowed to buy a package (Pre-IPO shares) sh. So, they cannot buy the package outside the cooperative,” Azthary added. He also mentioned that this app is supposed to participate in improving the welfare of the community.

“Hopefully, 10% of the application shares can be owned by the Indonesian public. But, this is only limited to 100 thousand packages,” he said. Meanwhile, the Founder of CakraTalk, Novi Wahyuningsih, said that these applications can all be useful for the community since they have different functions.