Nreal Glasses, One of The New Gadgets and Tech 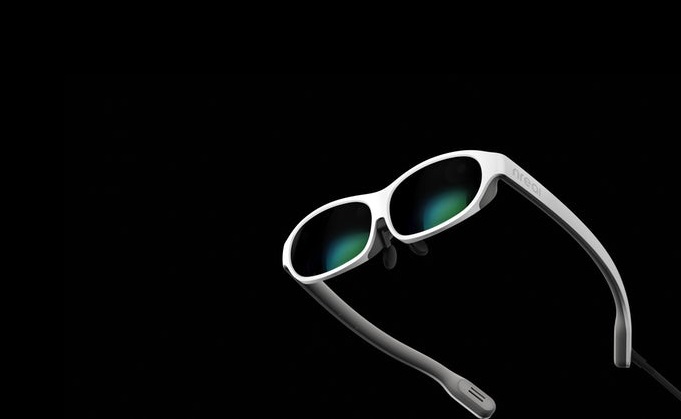 Talking about new gadgets and tech never becomes an old school topic, right? every day, every time, every year, there are always coming new invention, new advancement, and new improvement of technology, especially in the gadget. One brand could launch at least two or three products a year with different specification and its plus points.

In this advanced era, it’s easier for many people to choose the right and proper gadget based on their need. It is with high specification, cool design, or simple features. What are all your preference? In 2019, new gadgets and tech have become a lot more advanced in the technology that has applied there.

New gadgets and tech are not limited to mobile phone, tablets, or PCs. It could be anything. The main goal of the advanced technology in the gadget is to help human life to make everything lighter and easier. As the newest Nreal Light Mixed Reality Glasses. Curious about it? Here‘s the review.

Mixed reality glasses is one of new gadgets and tech which combine two kinds of technologies. If you like to play an online game, you’ll be familiar with Virtual Reality and Augmented Reality. Mixed reality is a technology that combined those things and how human’s brain work on the depth of a room.

By using this new technology on the gadget, you could see anything without any limitation. Like when you see a good property in IKEA or where else and you want to match how it looks like in reality, you don’t need to imagine that. Only by using those VR and AR itself.

Mixed reality technology could make the object printed to 3D by identifying the space and the depth calculated from the way our eyes see the surroundings. By using this advanced technology, you can see the virtual object completely without losing the sight from where you stand. There will be no half wall or something.

This amazing technology could be enjoyed in a glasses shape. If you have watched Iron Man movie with all of the advanced technology of Tony Stark, now you can own it because it’s not only in a movie. It was totally real now! One of the companies who produced this is Nreal, the Chinese Startup.

As one of the new gadgets and technology, Nreal Light Mixed Reality Glasses perhaps became the best technology than the former. It was able to offer sharp vivid image by using 1080p laser projectors up to 60 fps for each eye. Means that Nreal Light Glasses could offer a 52-degree field of view. That was cool.

Besides the advanced technology to see the surroundings, you still enjoy the outside world even when you are enjoying the digital content from the glasses. The Nreal Light glasses has dual microphones for clearer reception, along with the stereo speakers in its foldable arms. It spoiled the customer, didn’t it? Everyone wants this.

As we know from the former before that VR or AR and even mixed reality glasses always have ‘hard-looking’ style of the glasses. Everyone is going to know that you are using ‘a gadget’ in your eyes and it was sometimes annoying. It also a bit burdens you because of the height of it.

If you have ever seen EDITH glasses of Tony Stark with really cool design, now you can get it in real life. Nreal Light Mixed Reality Glasses could give you anything with advanced technology packed in fancy and cool glasses. None is going to realize that you are using a gadget in your eyes.

As a new gadget and technology, these glasses are only weighed 85 grams. It’s so amazing considering that there are many components tucked into one small glasses. Compared to Magic Leap One which has 345 grams of weight. With the light-weight design of the glasses, it can be worn for hours. It also completed with the separate Android pocket device.

The pocket device was powered by a Qualcomm Snapdragon 845. You can always bring and wear it wherever you want to go by putting it in your neck, or even clipping onto your pocket. You can use this at least 3 hours long for a single charge. You also can connect to any smartphone.

New gadgets and tech were became more massive every time. It’s getting more advanced as the Nreal Light Glasses. Besides the amazing technology on its system and the cool design, this gadget also has another plus thing.  This advanced gadget provided you with a lightweight XR viewer which allowed consumers to take advantage of  5G feature.

You also can enjoy the high bandwidth and also low latency to deliver the immersive experiences virtually, anytime and anywhere. There’s also an ecosystem integration to transform on how people connect and consume entertainment. This is aimed to make the new generation of mobile computing. if you want to try it, just buy it now!

This one of the new gadgets and tech was sold for $500. It was really worth to try. You can enjoy the advanced technology inside this cool gadget by only spending that much money. It was affordable just like you always expecting. There’s no time to be doubted. Go get it now and try.

Maybe those review about the advantage and the plus points of Nreal Light Mixed Reality Glasses could help you decide whether you are going to buy it or not. But this one of new gadgets and tech is becoming a new invention that you really have to try right now.