Injected with Rp 2.1 Trillion, Ruangguru will Expand and Improve HR 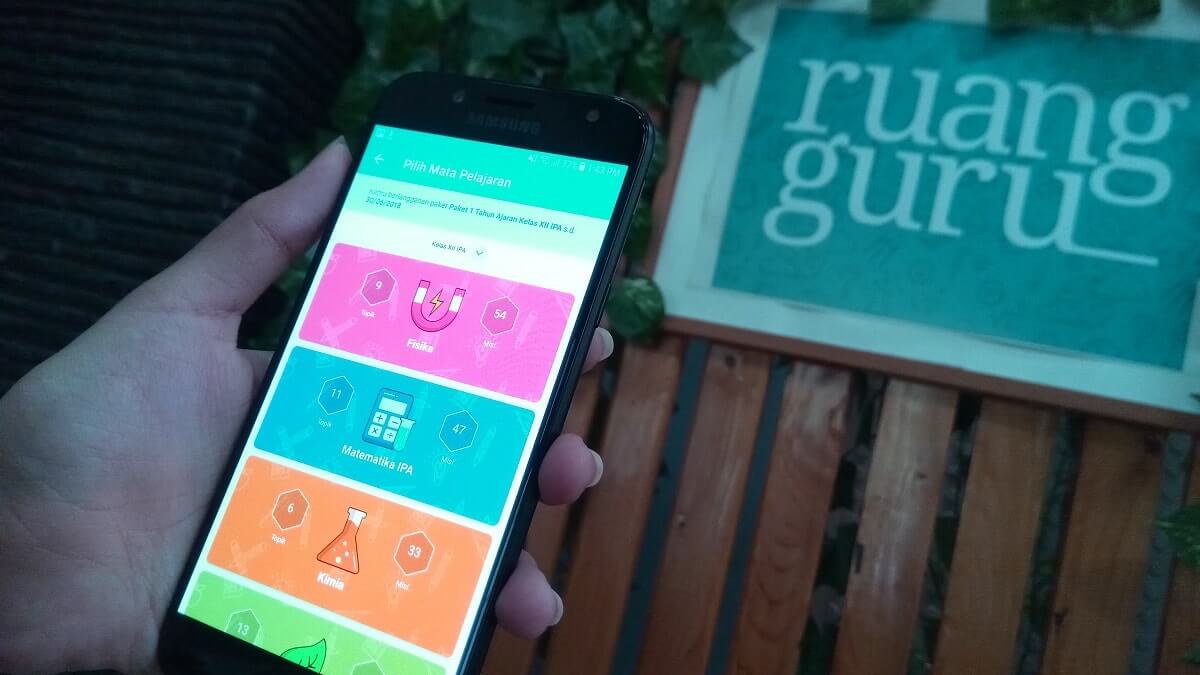 Ruangguru education startups get Series C funding worth US $ 150 million or around Rp 2.1 trillion from venture capital from the United States (US), General Atlantic and GGV Capital at the end of 2019.

Founder and Product Director and Partnership Ruangguru Iman Usman revealed the funding will be used for human resource development, technology development, and expansion. Iman said that his party wanted to recruit more human resources from various fields. As of now Ruangguru already has 4,000 employees, 300 teachers, and 15 million users.

In addition, the research center will also function in the development of Ruangguru content. “We will see what practices exist in various countries. Now (the content) can be discussed there (research center),” he added.

Series C Funding Will Be Used For Expansion

After officially expanding to the Vietnam market in 2019, this year Ruangguru plans to expand again to one destination country. At present, Ruangguru is still at an exploration stage which is suitable for further expansion.

Aside from General Atlantic and GGV Capital, the investment was also followed by EV Growth, UOB Venture Management, and several other investors.

Ruangguru’s founder and CEO Belva Devara rate, General Atlantic and GGV Capital understand the startup’s vision. The intended vision is to build an educational company that has high social impact and sustainability.

Moreover, according to him, both of these venture capitals have a strong track record in helping other entrepreneurs develop business in the education and technology sector. “We hope this partnership can help us to achieve our mission,” Belva said.

After Vietnam, Ruangguru Will Enter One Country This Year

Ruangguru’s founder and CEO, Adamas Belva Syah Devara was reluctant to comment on which country would be encroached upon. “Just wait, don’t know yet. We just explore it,” he said during a press conference in Jakarta.

Even so, he stressed that the Indonesian market is still the main focus of Ruangguru. “Only, we also see the potential for widespread impacts outside Indonesia,” Belva said.

Through that expansion, Ruangguru tries to examine the differences in the curriculum in Indonesia and other countries. “We see what the curriculum there (Vietnam) is like. We compare, what can be added again in Indonesia. We learn more,” he said.

In Vietnam, Ruangguru comes with the name Kienguru. Ruangguru’s Founder and Product and Partnership Director Iman Usman added, his company relied on 200 people to manage Kienguru in Hanoi, Vietnam.

He claimed; Ruangguru is considered an innovative educational technology in Vietnam. In that country, there are not many Ruangguru competitors.

Characteristics of Kienguru Users Tend to Be More Critical

Even so, according to him, the characteristics of Ruangguru and Kienguru users are different. In Vietnam, people tend to be more critical of education services. “Schools are also better. Kienguru is complementary. That affects the content,” Iman said. In addition, the features in the Kienguru application are different from Ruangguru in Indonesia.

At present, Ruangguru is attracting 15 million users and 300 teachers in the country. To increase the number of users, this startup presents four new features. First, the flash concept features by providing a video containing the discussion of the essence of the material concept.

Both character education features contain animated videos that cover topics such as self-introduction, how to collaborate with teams and courtesy. The three features of live teaching every day, which allows teachers to guide users directly related to learning materials and specific questions.

Finally, the feature print feature that contains services for downloading, printing and working on questions directly at Bank Soal Ruangguru. However, Iman and Belva are reluctant to comment on the user’s target this year.