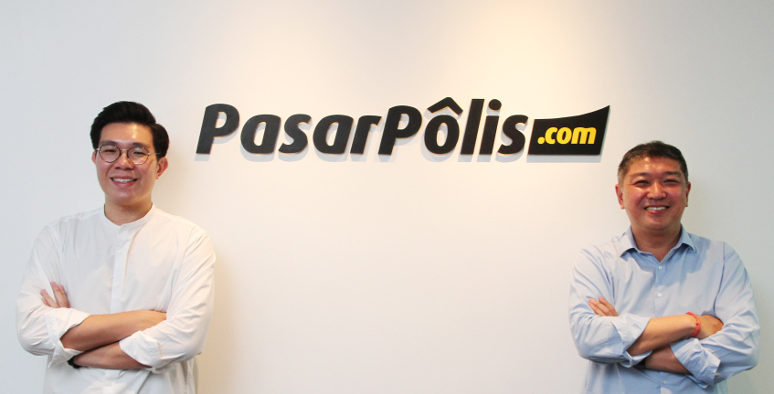 PT Pasar Polis Indonesia believes that the use of technology in insurance, such as through insurance, is very effective in penetrating the informal workers and underprivileged segments. The National Financial Literacy Survey (SNLIK) held by the OJK in 2019 shows that insurance inclusion has currently only reached 6.18 percent.

This figure is still far below banking, which reached 74 percent. On the other hand, the Covid-19 pandemic has proven the great potential of insurance technology in breaking down distance and time barriers in providing access that can even reach underprivileged groups of people.

CEO and Founder of insurtech startup PasarPolis, Cleosent Randing, said technology plays a role in insurance inclusion. “Technology is key in insurance inclusion, and this potential is increasingly being seen due to the Covid-19 pandemic which has become the best ‘Chief Digital Officer’ because it has pushed almost all sectors from offline to digital,” Cleosent said in a written statement.

The impact, he said, was also reflected in the increasing sales growth with insurance products that were increasingly accessible digitally. “The level of public awareness of the importance of insurance has also increased,” said Cleosent.

During 2019, PasarPolis claimed to have issued more than 650,000,000 policies for people who were previously not covered by insurance services, such as online motorcycle taxi drivers, goods delivery couriers, and online MSME players. They all contribute around 40 percent of PasarPolis customers.

According to Cleosent, that segment of society was previously not covered by insurance services. The existence of technology is considered to make it easier for people in that segment to find out, find, and buy protection, which previously had to be done through conventional means.

Engagement as an Agent

He explained that the Covid-19 pandemic has proven the great potential of technology in opening access to customers widely. In addition, technology is also the key to increasing financial inclusion, including insurance because it can penetrate groups of people who previously had difficulty accessing formal financial services.

Not only that, but PasarPolis also involves online motorcycle taxi drivers and other informal sector workers as agents. “During this pandemic, many people lost their source of income and looked for other alternative opportunities. PasarPolis tried to help them by offering opportunities as PasarPolis agents,” Cleosent said.

He claims this initiative has received an overwhelming response. Since it was first opened in May 2020, more than 15,000 people have joined and they come from various backgrounds.

“Imagine when these 15,000 people become a bridge to more community groups that were previously difficult to reach, the positive impact that will be generated will be even wider,” said Cleosent.

The Main Problem of Insurance Inclusion

He explained that there are three main problems that have hindered insurance inclusion, namely the complexity of the access to insurance products, inefficient claim processes, and insurance premiums that are not affordable to the middle to lower class. In fact, they are the most vulnerable groups in society and need protection the most.

The first and second problems must be resolved through a simple administrative process, from registration and purchase to claims. These two obstacles can be overcome by utilizing technology, where people can complete all the processes in the hands of their respective gadgets.

“Likewise with the third obstacle, the digital ecosystem created by insurance allows the presence of insurance products that are cheap and close to daily needs,” Cleosent explained.

Finance Minister Sri Mulyani Indrawati hopes that insurance startups in the country, such as PasarPolis, RajaPremi, and Qoala, can further expand their business to other countries in ASEAN. This is because access to financial services markets in this region is increasingly wide open.

Sri Mulyani believes that the insurance startup will see the potential of this new market. SShe also hopes that they can be inspired by the Indonesian financial technology industry, which penetrates quite quickly. “Like Gojek,” she said. Currently, Gojek is known to have been present in Thailand, Singapore, and Vietnam.