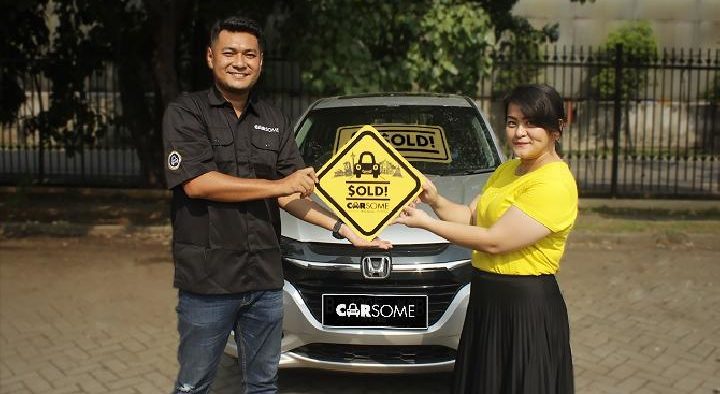 “We will use this funding to strengthen our existing business model, namely C2B, and accelerate the realization of our new B2C business model. We look forward to launching the first C2B and B2C in Southeast Asia for a far superior used car and retail experience,” he said. Eric.

In the last six months, said Eric, business revenue is claimed to have doubled from before the Covid-19 pandemic. The drastic increase came from consumer behavior in Indonesia, Malaysia, Thailand, and Singapore.

“Consumers continue to buy used cars so that their families are safe and because they want to adapt from the perspective of the business they are running,” said Eric.

Oliver M. Rippel from Asia Partners assessed that Carsome has a strong bargaining position and a strong business model and this has the potential to increase the company’s business growth in the future.

“Carsome offers a one-stop solution for used car buyers and sellers is truly impressive. The company see that this will be the way forward for the used car industry, and we look forward to working closely with Carsome who are very capable of growing businesses across the region,” said Oliver.

As for Carsome’s success in digitizing the used car market with a one-stop solution and its resilience in the face of a global pandemic, according to Albert Shyy, Asia Managing Director for Burda Principal Investments, played a vital role in several existing investors’ decisions to reinvest in this funding round.

“We appreciate how Carsome continues to support car sellers and dealers during the pandemic,” said Albert. Meanwhile, Randolph Hsu, founding partner at Ondine Capital, highlighted how Carsome survived the pandemic.

“We saw Carsome’s growth and resilience during the pandemic so we are confident to continue our support,” said Randolph.

Career experience in the transportation and technology industry has made Delly determined to manage and support Carsome’s business as a whole in Indonesia. Delly has brought huge milestones for rapid business growth for Gojek and Hutchison.

Previously, Carsome served mostly B2B (Business to Business) or sold cars to dealers, but with the presence of retail later, Carsome will also serve a lot of B2C (Business to Consumer) or direct consumers.

“Until now, we still go to dealerships, not many direct consumers, but next year we plan to open retail so that consumers can directly buy cars from carsome,” said Delly Nugraha as Genaral Country Manager for Carsome Indonesia through a Virtual Editor event Luncheon on Thursday (26/11).

This is one of Carsome’s strategies to increase the used car industry in Indonesia, given the very large used car market in Indonesia. “We also see a significant growth in new cars in Indonesia, our reference is from new cars, the more new cars means the more used cars,” he said.

“And the average car user in Indonesia likes to change cars, in the second year they already get a car,” Delly continued. To increase public trust in Carsome, used cars for sale to consumers have been inspected in 175 points.