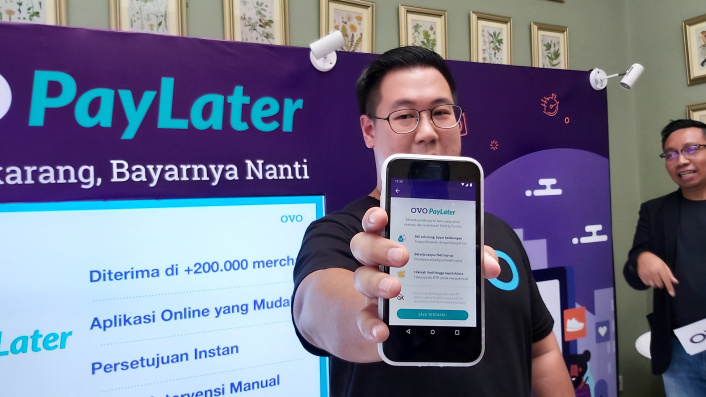 PT Visionet Internasional (OVO) is targeting to launch the installment feature without a card or paylater in the first quarter of 2020. In addition, the financial technology (fintech) payment company will release the mutual fund feature.

OVO had time to test the paylater feature. In fact, based on Dailysocial research, OVO paylater was the most widely used throughout 2019.

The startup is currently applying for permission to Bank Indonesia (BI) to provide paylater features. “We have submitted it to BI,” OVO President Director Karaniya Dharmasaputra said in Jakarta, today (1/8).

So far, the company has not found any obstacles in the process of licensing paylater to BI. “There are no (constraints),” Karaniya said.

This year, one of the country’s unicorns will also launch an investment product called OVO Invest. Through this service, users can invest money market funds. The company is exploring cooperation with the Ministry of Finance (Kemenkeu), to sell Government Securities (SBN) retail. “So we want to start (in the service) as well,” Karaniya said.

OVO Invest Will Work With Bareksa

That’s because digital-based services are considered to be able to reach the wider community. In fact, the Ministry of Finance is claimed to be easier to target the retail segment. Later, OVO Invest will be accessible through the Bareksa platform. Karaniya continued, Bareksa was appointed by the Ministry of Finance as an SBN distribution partner.

However, he was reluctant to comment when the feature will be launched. “We are in the process of wanting to enter the sandbox at BI. Because this is a new breakthrough,” Karaniya said.

Over the past year, OVO user transactions had reached 1 billion. The majority of its use is in food and beverage merchant partners and e-commerce.

Transaction volume increased more than 70% yearly (year on year/YoY), while the value rose 55%. “The potential is big. Now the digital penetration is only 7%,” Karaniya said.

The number of monthly active users (Month Active Users/MAU) also increased by more than 40%. This fintech startup was downloaded 115 million times more. Its services are available in more than 363 cities in Indonesia.

Currently, OVO Paylater Is Still In the Trial Phase

OVO’s digital payment platform is targeting to officially launch the installment payment service without a credit card or paylater in the first quarter of 2020.

Regarding this matter, OVO President Director Karaniya Dharmasaputra said that the process is currently in the licensing stage at Bank Indonesia (BI). However, he is optimistic that the service can officially launch next year.

“We are still testing (paylater), still waiting for input from BI and the permit is still in the talk’s stage. Hopefully the first quarter of next year (sliding),” Karaniya said.

“Since the launch of OVO Paylater, we have realized the high enthusiasm of the community for this service,” OVO’s Head of Public Relations Sinta Setyaningsih said.

According to Dailysocial research, the installment payment feature without an OVO card or paylater is the most widely used so far this year. This service was first used to transact on Tokopedia.

As of May 2019, OVO Paylater services are available in 200 thousand partners ranging from Hypermart, ACE Hardware to culinary delights such as Hoka-Hoka Bento and Bakmi GM.