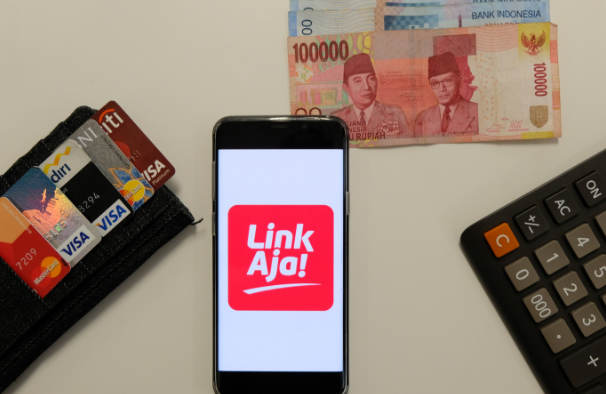 Financial technology (fintech) payment company PT Fintek Karya Nusantara launched LinkAja Syariah even though there was a corona pandemic. This service is claimed to be the first and only sharia-based electronic money in Indonesia.

However, these services cannot be directly enjoyed by users. Because, there are adjustments from third parties, namely Google, related to the Google Play Store application store due to the outbreak of the coronavirus.

“Sharia LinkAja services cannot be fully accessed,” said LinkAja Unit Head of Sharia Ma Isa Lombu during a video conference on Tuesday (4/14). However, this service has been observed already available on the Google Play Store in the afternoon, today.

The red-labeled company is targeting to attract 1 million users of LinkAja sharia services. Therefore, the company is intensifying cooperation. For digital infaq, the company works with 1,000 mosques.

Then partnered with 11 institutions for endowments and 23 to provide zakat. LinkAja also works with 67 institutions to provide donation services. At present, there are several services available at LinkAja. Among other qurban, digital infaq, refill (top-up) supported by Islamic banking, and zakat.

Later, these services can be used to pay tuition fees at Islamic boarding schools or sharia-based schools. “In addition to the existing uses at LinkAja (conventional), there are special ones,” said LinkAja Syariah Channel Head of Group Widjayanto Djaenudin.

There Is a Difference Between Conventional and Sharia Services

At present, LinkAja as a whole has attracted more than 40 million users. In addition, there are more than 500 thousand merchant partners who use payment services made by this State-Owned Enterprise (BUMN). In addition, one million stalls accept payment using LinkAja.

There are several things that distinguish LinkAja sharia from the conventional one. First, transactions without usury, free from gambling or speculation, gharar practices or unclear contracts, or tadlis or not transparent.

Second, the user’s money will be placed in an Islamic bank. Finally, the service can be used at all LinkAja merchants. “We hope that Sharia LinkAja users can only transact at halal merchants. But users should have that awareness, “Widjayanto said.

Sharia Supervisory Board Anwar Abbas said, the presence of Sharia LinkAja helped people who want to transact according to sharia in the midst of a corona pandemic. The same thing was said by Deputy Minister of Religion Zainut Tauhid Sa’adi. “This is very appropriate, when people work from home and everything is restricted,” he said.

The red-labeled company claims, LinkAja sharia is the first sharia-based electronic money in Indonesia, and the only one. LinkAja President Commissioner Heri Supriadi hopes that this service will excel in the country.

“Basically we can aggregate to countries with large Muslim communities. So, we can lead the digitalization of Islamic finance in Indonesia,” Heri said during a video conference on Tuesday (4/14). “I think the potential is a lot to Pakistan, Bangladesh, and others.”

In the short and medium-term, LinkAja targets to be able to provide payment services for Hajj and Umrah. At present, the company is in discussion with the Directorate General of Hajj and Umrah Management of the Ministry of Religion (Kemenag).

“Instead of using cash during Hajj or Umrah, it is more practical to use LinkAja. We have discussed this. I think all shareholders are very supportive to go there,” Heri said.