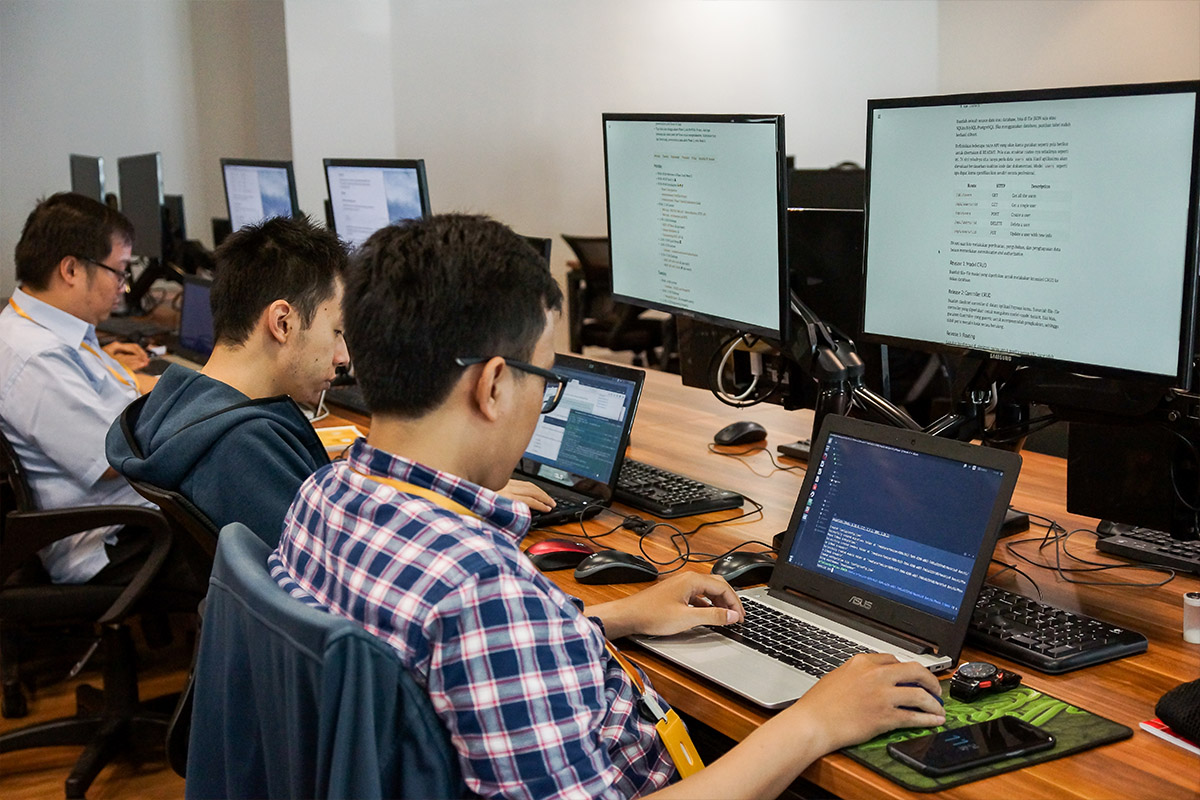 East Ventures Managing Partner Willson Weather assesses that engineers in Indonesia are classified as small compared to the total population. According to him, this was caused by the lack of graduation from science, technology, engineering, and math (STEM) study programs.

Therefore, according to him, bootcamp developers like Hacktiv8 are the fastest solution to fill the needs of digital talent in the country. Moreover, Hacktiv8 works closely with industry players for work placements.

“Every wave of Hacktiv8 graduates is fought over by digital startups and immediately gets a job,” he said in a press release, today (1/15). East Ventures hopes that Hacktiv8 will be the solution to the problems surrounding digital talent needs.

Hacktiv8 offers an intensive learning program for beginners, so they can become web application developers who are ready to use in three months. In the program, participants learn JavaScript, Node.js, Vue.js, and the React programming language made by Facebook’s React through hundreds of practice exercises.

The programming school was founded by Roland Ishak and Riza Fahmi in 2016. Both felt uneasy with the trend of ‘plowing’ the development of power between technology companies.

So far, only a fraction of the 8 thousand bootcamp participants have successfully followed the Hacktiv8 program to completion. According to Roland and Riza, this happened because the company focused on quality.

Hacktiv8 Participants Study Intensively For Up to 12 Hours per Day

Participants also spend 10-12 hours every day, five to six days per week for three to 4.5 months. “It’s really a smart solution to get new programmers with the mindset of ‘growth mindset’ in Indonesia,” said CEO Xendit Moses Lo, who is also Hiring Partner Hacktiv8.

Even so, Roland and Riza claimed, Hacktiv8 graduates usually get more than one job offer, after three weeks of completing the program. The salary offered is IDR. 11 million per month.

Both said the Hacktiv8 program graduates’ standards were recognized internationally through Counsel on Integrity in Results Reporting (CIRR). Hacktiv8 became the first coding bootcamp in Asia incorporated in the global scale institution.

Hacktiv8 has more than 250 partner companies (Hiring Partners) that will recruit alumni. Hiring Partner also participates in designing curricula to ensure the material learned at Hacktiv8 stays in line with industry needs.

Some Hacktiv8 partner companies namely Tokopedia, Gojek, and Bukalapak. Other partners are companies engaged in finance such as Midtrans, Payfazz, Xendit, and KoinWorks. In addition, CIMB Niaga, Hana Bank, and Siloam provided scholarships.

With the additional capital led by East Ventures, Hacktiv8 plans to build more classes and start offering Income Share Agreement (ISA) programs. The ISA program allows students to pay for their education costs through profit-sharing agreements for the income they will receive after graduating and working.

The amount of profit-sharing can be adjusted with the income of alumni in the recruiting company. Students registered with ISA begin to pay after their income exceeds a certain amount.

Whereas those who achieve higher income will not pay more than a certain limit. “If graduates get a competitive salary, we will get a good return on investment,” Hacktiv8 CEO Ronald Ishak said.

Based on a McKinsey survey in 2018, 15 of the 20 top technology companies in Indonesia had difficulty finding local digital talent. As many as 10 out of 20 company officials stated that it was difficult to keep workers.

In fact, Google and Temasek estimate the internet economy in Southeast Asia employs 200 thousand skilled workers by 2025. As a result, these needs are filled by experienced professionals from the global banking, retail, and technology industries.