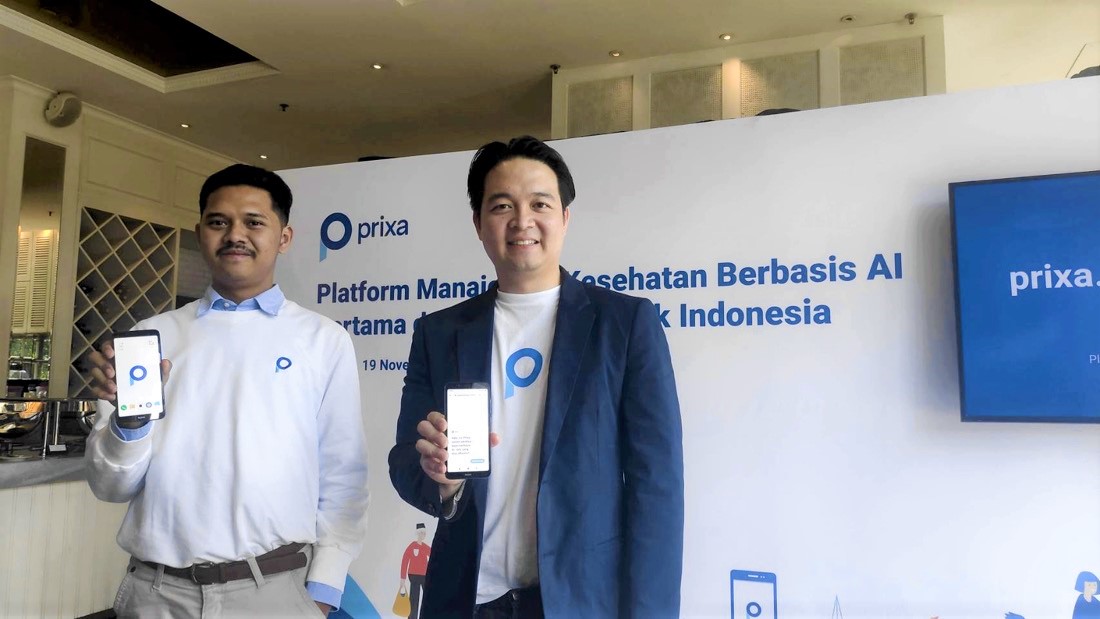 A healthcare startup, Prixa, adopts artificial intelligence (AI) to improve examination results. This startup will compete with Halodoc and Alodokter in Indonesia. Doctor Kafi Khaibar Lubis said that the AI-based check system rearranged the various expertise and experience of his doctor team.

That way, the examination becomes more integrated and measurable. At this time, the Prixa team is gathering information on more than 60 diseases and symptoms. The data can be combined and claimed to be able to detect 3,600 more possibilities.

“Prixa is based on big data and AI. The more accessible the more accurate the results of its predictions,” Kafi said in Jakarta recently. This startup also provides emergency call feature to hospitals for patients who are in a critical situation or need immediate help.

The company is also developing two service pillars including an integrated online insurance claim system and risk management. Prixa makes it easy for insurance claims from a manual system to electronic. In terms of risk management, this platform will give consideration and advice to its users regarding medical actions.

Kafi said that AI aims to address the gap in the number of doctors and patients. The population of the country reaches 267 million. However, the average of one doctor serves 4,000 residents. Recommendations from the World Health Organization (WHO), one doctor should handle a maximum of 1,000 patients.

Meanwhile, the average Indonesian community has one to two devices. Therefore, according to Kafi, the use of technology such as AI can be a solution to overcome this gap problem. Prixa CEO, Doctor James Roring, added that AI helps patients decide to go to the hospital or not.

“That is the principle of telemedicine that connects doctors with distant patients,” he said. Patients do not need to download the Prixa application. Patients only need to visit the official Prixa website and fill in some personal data such as age, gender, weight, height, and others.

Then, patients can write down their complaints. From the complaint, there will be follow-up questions that are sufficiently answered by patients with the choice of ‘yes’, ‘no’, or ‘don’t know’. The amount depends on the patient’s complaint variable, but the average is 15.

After that, Prixa will bring up some suspected diseases and how to handle them. When the patient visits the Prixa partner hospital later, the doctor already knows his/her complaints. James said that the company is targeting users aged 25-45 years.

“We hope that Prixa facilitates and eases the process of health services in Indonesia. Data from Indonesia for Indonesia,” he added. For this startup monetization, Prixa will collaborate with insurance and health service providers. In this case, the company said that patients would be eased to submit insurance claims online.

Recently, Prixa also collaborated with Alfamart and Digital Avatar (DAV). The service is present in DAV smart interactive devices that are scattered in various Alfamart outlets in Indonesia. In 2020, as many as 10,000 Alfamart outlets are targeted to have these services.

James said that the collaboration between Prixa, Alfamart, and DAV was believed to have a significant impact in helping to deal with healthcare problems. It is done by providing equitable access to health services through an appropriate Prixa AI-based health check system.

Meanwhile, DAV General Manager, Hertha Joyce, aimed to make the feature available in more Alfamart outlets next year. “In 2020, we plan that the AI ​​Prixa-based health check system can be available with 10,000 Alfamart outlets throughout Indonesia,” he said.

Previously, Prixa launched an AI-based checking system as well as an integrated health management platform for the people of Indonesia. AI technology in this system is in the form of a conversation robot or chatbot that can answer and analyze the disease of users through conversations.