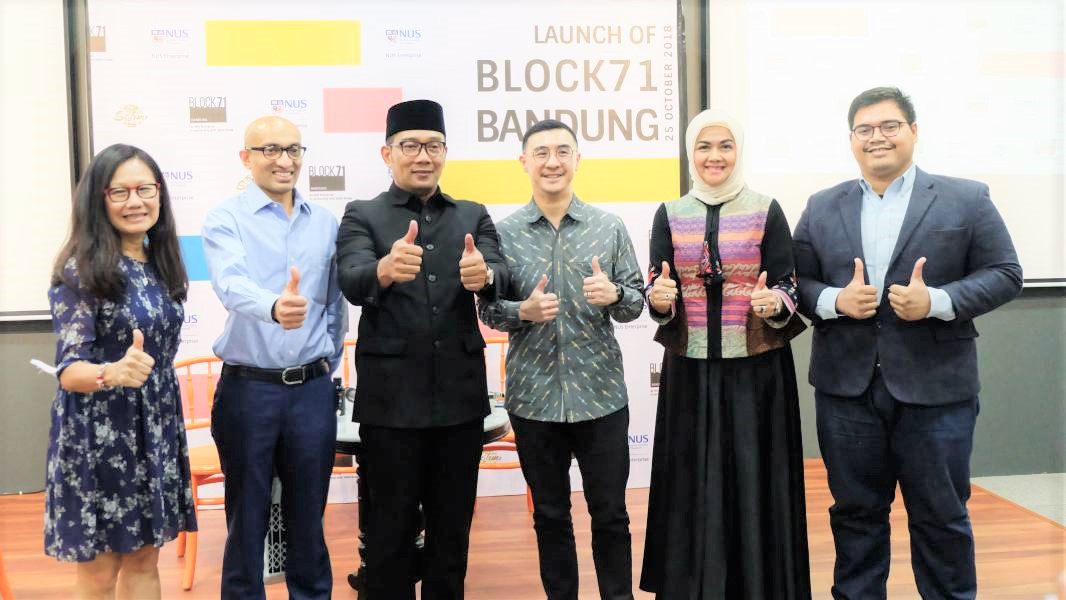 Founded on 25 October 2018, BLOCK71 Bandung, located on Jalan Ir H Djuanda No. 208, Bandung. It was born on the initiative of the National University of Singapore Enterprise and Innovation Factory. BLOCK71 Bandung is a one-stop-hub that supports digital startups in their entrepreneurial journey.

BLOCK71 also links startups with relevant stakeholders and provides facilities that can support the realization of their vision and goals. “BLOCK71 is also a melting pot for startup players and technology communities in Bandung,” Danang Juffry, Hub Manager of BLOCK71, said.

It becomes a place for startup founders and tech enthusiasts to share ideas, collaborate, and realize their ideas. Danang continued that for the past year, his office has sought to build a digital startup ecosystem. Until now, at least 31 startups have joined BLOCK71 Bandung.

Almost 50 percent of these startups came from Bandung while the rest is from various cities in Indonesia, including abroad. “We are here to provide opportunities for startups to develop their businesses. Not only providing coworking space, but we also help them in terms of legal matters to networking.”

Furthermore, Danang admitted that developing a startup is not as easy as people can imagine. This is because many challenges are out there to achieve success. Danang also admitted that some startups were out of business because they were unable to face these challenges.

“The main problem is a matter of talent development. We have a problem in the terms of there are many talents needed, but they are not available,” he said. Although there are qualified talents, they are usually recruited by large unicorn startups. Thus, new startups are difficult to compete with.

Mentoring New Startups Is Necessary to Help Them Grow

“Startups who are just starting their business will find it hard (to pay high). There’s no way they could pay expensive programmers. As they want to compete with unicorns, they can’t afford it,” he explained. Therefore, mentoring these startups is necessary to let them grow.

Danang added that through mentoring, startups will be more confident in facing digital business competition. “Moreover, these startups also have the opportunity to expand their reach to the global market through the BLOCK71 network in Singapore, Suzhou, and San Francisco,” he said.

The first anniversary of BLOCK71 Bandung itself was opened with a Kopichat signature event with the theme “Bandung Startup Ecosystem: Rewind and Preview” moderated by Ken Ratri Iswari, CEO of Geekhunter. In this talk show session, startup ecosystem players in Bandung were present as speakers.

Tags:
Previous Article
Why We Love Startup Business Today
Next Article
The Story of Indonesian Startups’ Founders That Gain Funding and Coaching from Surge

The Story of Indonesian Startups’ Founders That Gain Funding and Coaching from Surge
Startup Enthusiast November 2, 2019