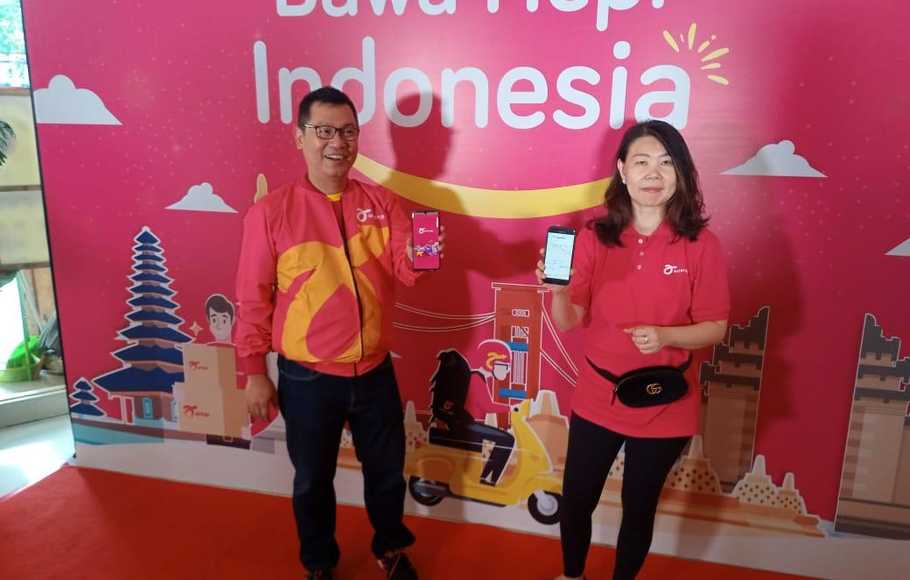 AnterAja’s logistics startup is targeting growth in the volume of shipments to 300,000 shipments per day for 2020. During 2019, the company, which began operations in March 2019, managed to realize an average shipment of 300,000 per day.

AnterAja CEO Suyanto Tjoeng said, the company still has vast opportunities to reach a bigger market. Because according to him until the year 2024 the possibility of the number of packages sent reaches 6 million for e-commerce platforms alone.

“That’s huge. So that’s why there aren’t enough players. So we make something different. Maybe not in the traditional way but we use a technology system to make it easier,” Suyanto said when explaining to media crews in Jakarta, Sunday (2/2/2020).

To be able to achieve these targets, Suyanto explained a number of strategies, namely adding fleet or logistics sending staff, expanding in several districts in Java, and collaborating with several e-commerce platforms.

New Couriers will be Recruited to Reach the Target

For sending staff called Satria, Suyanto said AnterAja would recruit up to 3,500 new workers this year.

As for the current total number of 2,500 people. Unlike other start-ups who choose to use a partnership system to run their business, AnterAja couriers are employees with a contract system.

“Satria are our employee, we contract them as employees. We have a commitment to them. If this is a contract because we are concerned with quality,” he said. As for cooperation with several e-commerce platforms that are currently being targeted by the company are Shopee, Blibli.com, and several other platforms.

Besides that, AnterAja will also hold business players who use other Instagram platforms and social media platforms in the future. “Users who sell more than 12,000 items are already members,” he said.

New Warehouses will also be Built in Several Cities in Indonesia

In addition, the company also plans to build several warehouses in five cities namely Jakarta, Medan, Denpasar, Bandung, and Pontianak. The warehouses are planned to be used to service SMEs who use AnterAja’s services.

“That will help SMEs. Say for example there are SMEs that sell products in Jogja, they use a service called TitipAja. We have a warehouse that will later be distributed. So that SMEs will not only sell to their regions but also us in other cities,” explained Suyanto.

An Application is Launched to Pamper the Customers

Anteraja CEO Suyanto Tjoeng said Anteraja was committed to always delivering happiness to all Indonesian people. This is outlined in the Anteraja communication theme, which is “Definitely Bring Hepi” to create comfort, convenience, and happiness for all people in Indonesia in enjoying Anteraja services.

“To strengthen the speed of service, Anteraja continues to innovate by launching applications that can be downloaded at Play Store (Android) and App Store (iOS),” said Suyanto Tjoeng at the launch of Anteraja Application in Jakarta, Sunday (2/2/2020 ).

Smartphone applications are believed to make shipping more efficient and effective, where requests for pickup of goods or direct products are easily carried out and can be directly picked up at the specified sender or seller.

Suyanto said, with this technological approach, Anteraja was present to participate in helping the needs of shipping goods which ultimately played an important role in the development of the economy, especially the small and medium economic industry in Indonesia, which refers to the digital platform.

As a delivery service that can be reached all over Indonesia, Anteraja is carrying out the Bring Hepi Indonesia campaign, which takes place in 7 major cities in Indonesia.