TaniHub and Wahyoo Support the Distribution of Aid through Stalls 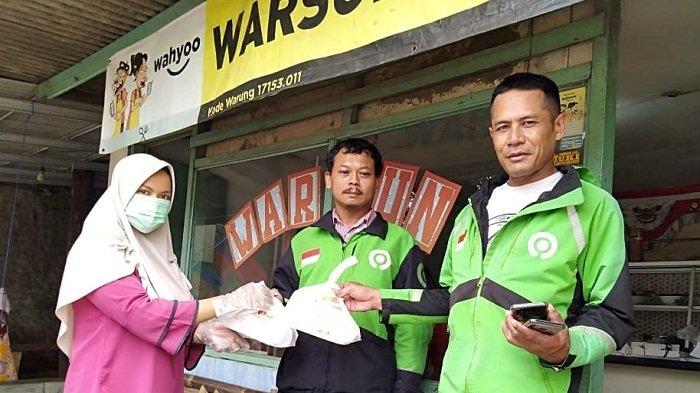 The government plans to provide Direct Cash Assistance (BLT) and distribute staples through traditional stalls in the middle of the corona pandemic. Reportedly, the distribution of aid will involve startups like Tanihub and Wahyoo.

Sources said the government prepared a program titled ‘Stalls Around Us’. The aim is to connect buyers who are at home – in the context of physical distancing – to stalls to meet their daily needs.

TaniHub Group founder and CEO Ivan Arie Sustiawan welcomed the government’s move to initiate the program, especially if it really involved startups. He claimed not to get information related to this.

“However, there needs to be certain of access when bringing or distributing food aid, especially when many areas are restricting access like now,” Ivan told Katadata.co.id, Tuesday (3/31).

There needs to be large-scale coordination if it is true that startups that digitize stalls are involved in distributing BLT and other assistance. Mainly, the coordination with distributors. Overall, if the plan is implemented, the demand for products to farmers will increase.

So far, sales of fruit, vegetables and agricultural products on the TaniHub platform have jumped. However, he did not specify how much the increase was.

“Herbal products and which are useful for increasing body immunity also jumped more than 20%,” he said. At present, TaniHub services are available in Bogor-Jakarta, Bandung, Yogyakarta, Surabaya, and Denpasar. During the Corona pandemic, the company noted that there were an additional 40 thousand new users.

In line with TaniHub, Wahyoo Founder and CEO Peter Shearer claimed not to know the government’s plan to involve startups to channel aid. However, he fully supports the discourse if it will be done.

Because, based on internal research on 50 partners of his stall, 80% of them claimed their income declined during the past week.

“I think it is very good because as a result of this pandemic many have lost their jobs and income,” said Peter. Currently, Wahyoo has operated in Jakarta, Depok, Tangerang, and Bekasi.

“From the data we received, since working from home (WFH) many Wahyoo partners have reduced their income,” explained Wahyoo Founder and CEO, Peter Shearer, as quoted by Kompas.com, Sunday (3/29/2020).

COO as well as Tukangsayur.co Co-founder Endang Ahmad also supports the government, if it involves startups and stalls in distributing aid.

“So the government can accommodate the uptake of farmers’ production which is currently not absorbed by the market,” said Endang. Endang said, the income of farmers partners rose five to eight times on average. The number of users has also increased 10 times.

“Every day is increasing,” he said. He even admitted that he was overwhelmed by the demand, due to limited stocks. For this, he plans to add sales partners, which currently have 200 people in 20 cities.

In a press release, Minister of Cooperatives and SMEs Teten Masduki said that the government was preparing economic stimulus, one of which was by strengthening people’s purchasing power. This is to encourage the sale of MSME products.

“We are also thinking about how many traditional stalls, which currently have quite a number, around 3.5 million, can continue to sell and get supplies of goods from the government or private sector,” he said in a press release, last weekend.

The food stalls will be able to help the government distribute basic needs to local residents without the need for mass gatherings.

“The government cannot alone in handling this situation. There needs to be cooperation with the private sector and the community, both in managing health and driving the economy,” he said.