Good News for Startup Company and the Startup Business Doers 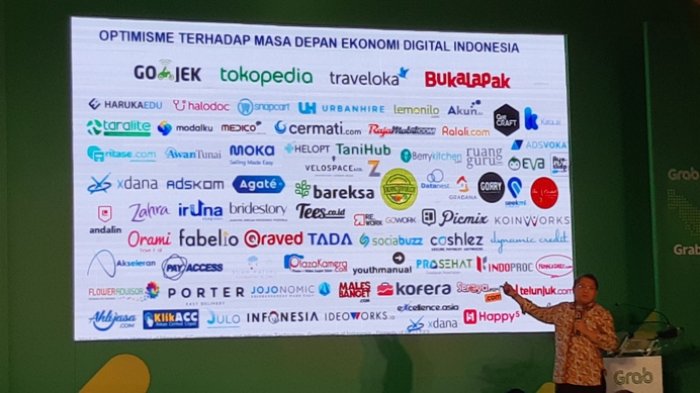 Various Supports towards the Development of Startup Company

The idea of running a startup company has been spreading among youngsters today who consider getting themselves into entrepreneurships. Many supports come from various parties for the development of the startups in Indonesia. Not only the support from the government, have many companies either conventional ones or the ones categorized into the startup company also given a great attention to the development of the startup businesses. Great names like Bentoel Group or Blibli.com have held some competitions that may trigger the spirit of young entrepreneurs to create many brilliant ideas which later on are developed into the establishment of the startup businesses.

The Support from Government

The government has also paid attention seriously to this business. PT. PGN.Tbk as a sub-holding gas company in Indonesia has tried to support the emerging of the Startups and technology innovator in Energy sector, especially natural gas and green energy.

The Commercial Director of PGN stated that the emerging of the startups in energy sector will be very crucial as one of the efforts in strengthening the endurance of energy in Indonesia. Mr. Widagdo added that the energy sector plays a very important role in the economic condition of a nation as well as its progress.

And therefore, to support the startups, especially those which operate in energy field, PGN held PGN Energy Startup Competition in 2019. The themed chosen for the competition is “Innovation for Renewable Gas and Energy.”

In this competition, PGN do the partnerships with government agency, business units, main company, associations, startup developers, and the social community.

The winners and the participants will have opportunity to join the incubation program held by PGN Energy, and they will also have a chance for the facilities and the funding provided by PGN.

The CEO of Blibli.com, Kusumo Martanto, said that “Blibli.com Big Start Indonesia” is one its commitments to support the development of the startup business in Indonesia. It aims to give spaces for the creative entrepreneurs to get into the business and industries.

The winners of this competition represent the creative businessman which has the most innovative products and supported by sharp business strategies. With those criteria, the winners will have great potency to be a steady player in the local market, which later on they will be ready to launch their startup company into the international market.

Bentoel Group Invites Students of University To Do Business

The government of Indonesia has priority in developing the human resource for the next 5 years. And Bentoel Group has the commitment to help this program. Therefore, Bentorl Group held BOM, Battle of Minds competition. This competition invites the students of University and the fresh graduates to deliver their best ideas and innovation in business to solve problems in industries.

Many supports can be got by the business doers today. When you have a startup company, be diligent in searching any kinds of information that may support your new business. Government and many private companies are now more aware about this prospective business today.  Use them as one of your important sources in developing your own business.